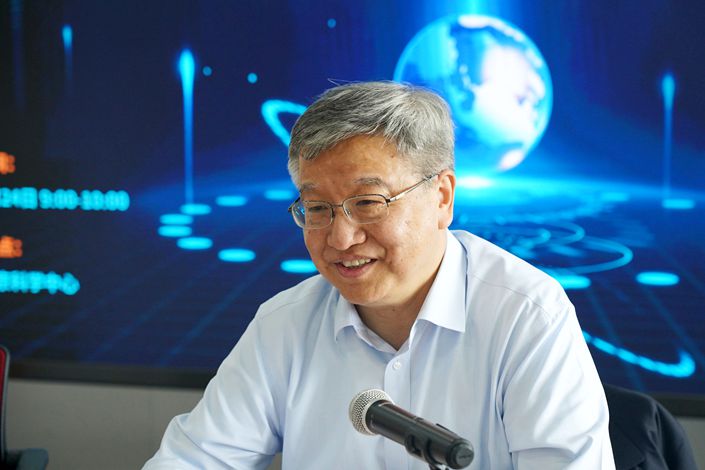 A senior engineer at BeiDou Navigation Satellite System, China’s homegrown GPS alternative, has called on regulators to step up administrative and legal efforts to more tightly supervise commercial applications based on the system.

He believes the companies “should be registered under a unified service platform and approved by relevant authorities.”

Xie’s appeal came after a truck driver killed himself in April at a vehicle inspection site in northern China after he was fined 2,000 yuan ($305) when local police found his transponder linked to the BeiDou positioning system was disconnected.

Describing BeiDou as a “critical national infrastructure,” Xie said that users of its commercial applications placed their trust in the nation’s technological capability. “Relevant parties in society should take responsibility and make good use of this critical infrastructure,” he added.

Xie said the State Council, China’s cabinet, began drafting a regulation on satellite navigation a few years ago, but it had not yet been introduced. “There are still many legal, technical and accountability issues that haven’t been resolved,” he said.

Ran Chengqi, director general of the China Satellite Navigation Office, told a conference in May 2017 the regulation had been included on the State Council’s legislative agenda as a basic rule to supervise satellite navigation activities in the country, according to a report published by the State Council.

China’s 14th Five-Year Plan, reviewed by the National People’s Congress during annual meetings in Beijing in March, calls on BeiDou to pay more attention to the system’s industry applications.

In response, Xie said BeiDou’s next stage of development will focus on three aspects, starting with recognizing its industry role, combining navigation and communication technologies, and promoting large-scale use in vehicle and consumer markets.

Second, it will expand its signal range to improve satellite navigation coverage underwater, indoors and in deep space, and third, it will establish an integrated heaven and earth network with more functions.

Xie also said that BeiDou has been working in collaboration with the world’s three other major global satellite navigation systems.

“BeiDou has negotiated with the U.S.’ GPS to make the systems compatible and interoperable, but not to interfere with each other’s services,” he said. “It has also cooperated with Russia’s GlONASS and is cooperating with Europe’s Galileo.”