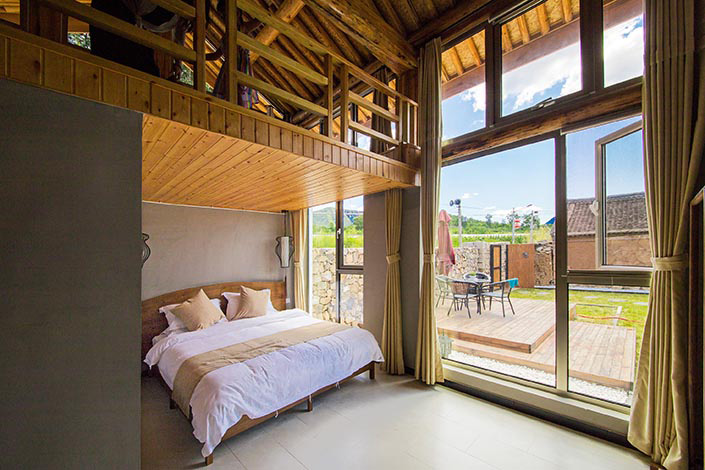 A majority of non-hotel listings have been removed from Airbnb-style short-term rental platforms in Beijing on the orders of the city government, company sources told Caixin.

Several government agencies, including the Beijing Municipal Commission of Housing and Urban-Rural Development, the local office of the Cyberspace Administration and the public security bureau, summoned nine short-term rental platforms for a meeting on Aug. 20, ordering the platforms to remove “non-compliant properties” within seven days. Rural listings are unaffected.

The rash of sudden removals has stoked speculation of a wider regulatory crackdown on such firms, while company insiders have sought to link it to an influx of tourists expected when a new theme park and resort complex opens in the city later this month.

Platform operators will be allowed to resume the urban listings after submitting additional documents, according to a person at Xiaozhu with knowledge of the matter. The person also said the properties that had been removed on Xiaozhu accounted for 70% of the platform’s listings in Beijing, although some have already been approved to re-list.

A landlord who has been letting out a short-term property on Airbnb told Caixin that she was required to upload eight documents including a written consent for the use of the property for short-term rental, proof of property ownership, operating license for the property, and security guarantee documents signed by the local police bureau before she would receive approval to let out her home.

A Trip.com spokesperson also confirmed the removals and said the firm would “abide by the rules and regulations as stated by the local government. We will continue to oversee the management of these accommodations accordingly.”

The removal comes eight months after the Beijing Municipal Commission of Housing and Urban-Rural Development and three other government agencies released a notice on the regulation of short-term rental housing, singling out a lack of identity verification and documentation of tenants, safety risks and nuisance complaints.

In a published interpretation (link in Chinese) of the notice, the housing authority took issue with the fact that short-term rentals are not requiring tenants to register in line with police rules in the way that hotels do.

“Short-term rental housing that is not properly regulated can easily become a hiding place for prostitutes, drug addicts or even terrorists,” the interpretation added.

The rules, which came into effect in February, banned short-term renting in the “core area of the capital city,” including Dongcheng district, where tourist attractions like Tiananmen Square and the Forbidden City are located, as well as the city’s Xicheng district.

The current round of removals were first implemented in Beijing’s Tongzhou area, where the new Universal Beijing Resort is located, before expanding to the rest of the city, according to a short-term rental platform employee who attended the Aug. 20 meeting.

Tongzhou is bracing for a surge in tourists when the resort opens in less than three weeks on Sept. 20. In the hour following the official announcement of the opening date on Monday, Trip.com said its traffic soared by at least 830% compared with the same period last week. Searches for hotels in the area also increased by 320%. At the same time, the capital city is anticipating a large number of visitors during the 2022 Winter Olympics in February.

According to data released (link in Chinese) by iiMedia Research in July last year, Beijing had 42,000 short-term rental listings, the highest among the cities in China, followed by Chengdu and Shanghai.

Online platforms issuing short-term leases are required to verify tenants’ identification and register their personal information prior to their stay, the notice said. Landlords are also required to submit related valid documents and licenses to online platforms.