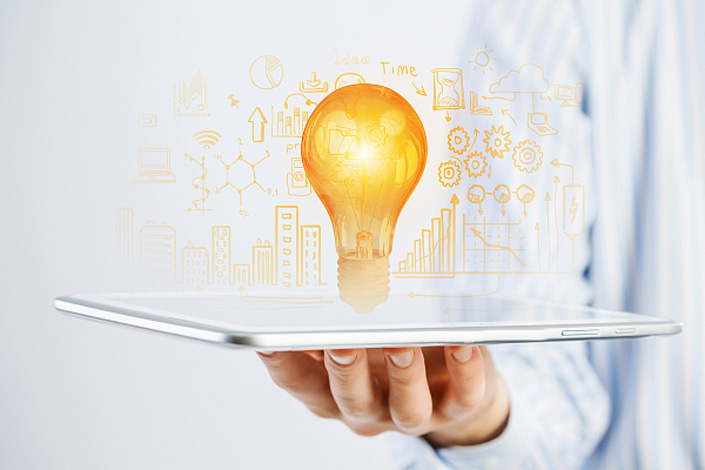 Launched in March 2016, the NEI defines a new economy industry as one that is technology- and human capital-intensive but asset-light, experiences sustainable and rapid growth, and is strategically encouraged by the government. Photo: VCG

The contribution of high value-added industries such as new information technology to China’s total economic inputs fell in August due chiefly to a decline in capital investment, a Caixin index showed Thursday.

The Mastercard Caixin BBD New Economy Index (NEI) came in at 28.5 last month, indicating that new economy industries accounted for 28.5% of China’s overall economic input activities. The reading was down from 28.8 in July.

The drop in the index was mainly caused by a decline in the subindex for capital inputs. The subindex, which has a 35% weighting, fell 0.9 points month-on-month to 34.3.

The technology input subindex, which has a 25% weighting, dropped 0.3 points month-on-month to 27.5 in August. It gauges the number of research personnel recruited by the tracked industries, the number of inventions they have created and the patents they have obtained.

The subindex for labor inputs, which has a weighting of 40%, edged up 0.4 points from the previous month to 24.2 in August.

“After the outbreak of Covid-19 in early 2020, the NEI kept going up for several consecutive months. However, with the post-pandemic economic recovery triggered in the second quarter last year, the old economy showed stronger growth, suppressing the new economy,” the NEI report reads.

Launched in March 2016, the NEI defines a new economy industry as one that is technology- and human capital-intensive but asset-light, experiences sustainable and rapid growth, and is strategically encouraged by the government.

Of the 10 tracked industries, the new information technology industry remained the largest contributor in August, making up 9.2 percentage points of the NEI reading, somewhat lower than the previous month.

The average monthly entry-level salary in the 10 industries, based on data compiled from online career and recruitment websites, reached 12,933 yuan ($2,001) in August, 134 yuan higher than the previous month.