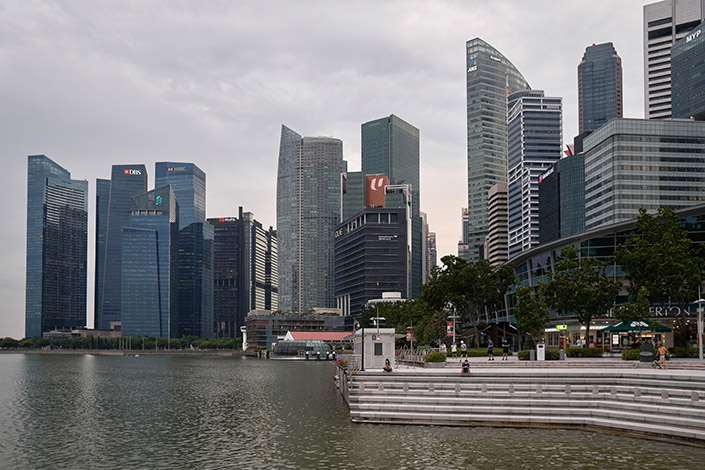 Commercial real estate in the central business district beyond Merlion Park of Singapore, on May 19. Photo: Bloomberg

(Bloomberg) — Singapore Exchange Ltd. has introduced a framework for blank-check companies to list in the city-state, the first Asian financial hub to host the vehicles whose popularity in global financial markets has surged over the past year.

Special purpose acquisition companies, or SPACs, will be allowed to list in Singapore starting Friday under a more liberal rulebook than initially envisioned by the exchange. The entities require a minimum market capitalization of S$150 million ($112 million), half of the amount SGX proposed earlier, while certain limits on warrants and share redemption have been removed, a statement from the bourse showed Thursday.

Beating Hong Kong to the punch, Singapore’s approval comes as global financial regulators are stepping up scrutiny of SPACs. While firms worldwide have raised a total of $130 billion this year via SPACs — according to data compiled by Bloomberg — the pace of listings has abated in recent months with the U.S. Securities and Exchange Commission calling for more disclosures and a recent earnings bust validating some concerns over the structures.

The introduction of the rules positions SGX “as a regional first-mover in serving Asia’s fast-growing new tech and new economy companies’ financing needs,” a spokesperson for the Monetary Authority of Singapore said in a statement.

The exchange’s regulatory arm had earlier this year proposed tighter restrictions than in the U.S. as it looked to boost the local IPO market while also seeking to address worries over investor protection. In an interview in February, SGX’s chief executive officer Loh Boon Chye had said the exchange is aiming to list its first SPAC this year.

While the “honeymoon period” with blank check companies in the U.S. seems to have come to an end, “international sponsors may see Singapore as a good neutral exchange to launch their SPACs and attract Asian targets” given Sino-U.S. tensions, said Stefanie Yuen Thio, joint managing partner at legal firm TSMP Law Corp.

The pool of Asia-based target firms for SPACs, which sell shares to raise money and explore takeovers, is mainly in the S$500 million to S$1 billion range -- making a S$150 million threshold more market-friendly. Under the new rules too, warrants will now be detachable from shares while investors who vote in favor of a business combination will be allowed to redeem shares.

“There is an ecosystem of companies in Singapore that have a regional footprint and they may choose to list in Singapore; tech will definitely be a relevant sector as SPACs take off,” said Vineet Mishra, co-head of Asean investment banking at JPMorgan Chase & Co.

Here are some of the rules at a glance:

Sponsors will be required to have a minimum equity participation of 2.5% to 3.5%

Moratorium requirements on sponsor shares before and after de-SPAC

De-SPAC must take place within 24 months of IPO, with an extension of up to 12 months