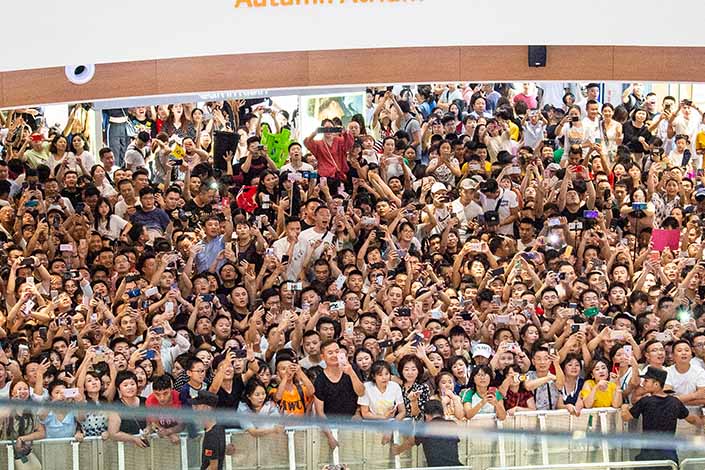 An entertainment industry group has urged online platforms including giants Sina Weibo and Baidu’s online video streamer iQiyi to direct traffic to “positive content” rather than “unethical” stars, amid a crackdown that is reshaping the country’s showbiz industry and fan cultures.

The state-backed China Association of Performing Arts (CAPA), whose members include theater companies, actors, directors and talent agents, made the request after summoning representatives from 14 platforms such as social media giant ByteDance’s news aggregator Jinri Toutiao and video sharing site Bilibili for a Friday meeting.

The platforms pledged to take more measures to “support content that actively promotes core socialist values and traditional Chinese culture,” the CAPA said in a statement published Saturday on its public WeChat account (link in Chinese).

This comes as the government has tightened its grip on the culture and entertainment industry following a string of scandals involving celebrities who have been caught in alleged transgressions ranging from sexual assault to tax evasion and unpatriotic behavior.

Earlier this month, the National Radio and Television Administration issued a notice banning stars who hold “incorrect political positions” or violate “public order and ethical values” from television shows and movies, as part of efforts to protect young fans from their influence.

“The participating platforms reached a consensus on enforcing more proactive self-discipline in order to maintain a clean cyberspace environment and strengthen the construction of online cultural content,” said the statement, describing it as part of China’s campaign to deal with “chaos” in the industry and communities.

With a promise to promote the circulation of “healthy content with positive values,” the platforms said that they will adopt recommendation systems that will factor “content conducive to constructing a spiritual civilization” into their algorithms, ending the previous practice whereby traffic was used as a key recommendation criterion, according to the statement.

The statement did not explain what might constitute “healthy content,” but it is generally understood to refer to material promoting government-ordained “core socialist values,” Communist Party policy decisions, and China’s economic and social development, among others. Crucially, it must not be detrimental to the image of the government and the country’s efforts to build a harmonious society.

The platforms also promised strengthened management of user accounts, saying that they will restrict and even remove those which “spread baseless celebrity gossip, embellish the facts, and spread rumors and malicious hype” or post content containing celebrities’ private information such as their ID and phone numbers and itineraries, and stir up animosity between fan groups.

Meanwhile, the platforms said that they will do more to prevent user accounts from instigating fans to raise money to boost their idols’ web traffic and inciting or directing fans in a way that disturbs normal social disorder.

To address the abuse of online misconduct reporting channels by some users, the platforms said that they will improve their complaint systems to better judge the authenticity of those submitted.