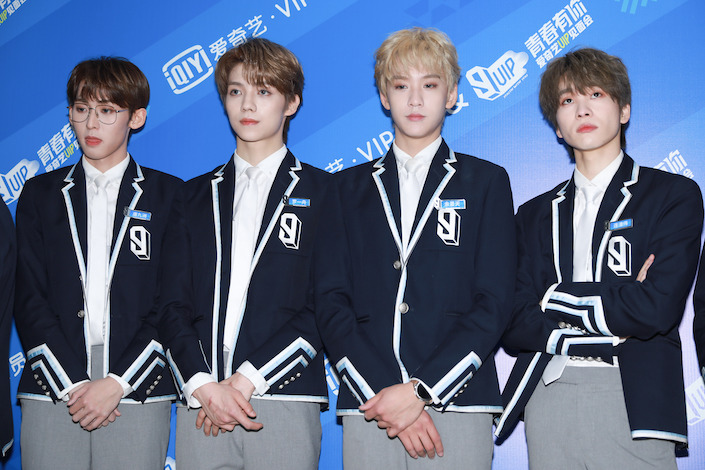 Contestants in iQiyi’s suspended idol talent show “Youth With You.”

The National Radio and Television Administration (NRTA) issued a notice on strengthening the management of cultural and entertainment programs and personnel, giving specific guidance on what the entertainment industry can no longer do.

The ban came in the wake of a series of celebrity scandals involving tax evasion, sexual assault and unpatriotic behavior. TV shows and programs featuring actors and actresses caught up in the scandals have been taken down.

In the notice, the regulator defined three categories of artists who should “resolutely not be used”: those with incorrect political positions and who are alienated from the Community Party and the country, those who violate laws and regulations and breach standards of social equity and justice, and those in violation of public order and ethical values.

Political and moral conduct should be included as criteria in the selection of actors for television shows and movies, the NRTA said.

Talent contest shows, where young contestants compete to become idols, will also be banned from TV channels and online streaming platforms as the programs encourage audience members to join fan groups and spent money to inflate the votes for their favorites.

In May, a hit Chinese talent show produced by video streaming platform iQiyi Inc. was suspended after the show was involved in a fan scandal. The program urged viewers to vote for favorite boy band contestants by scanning QR codes on the packaging of dairy products made by the sponsor. However, videos circulating on social media showed that some fans were buying the products in bulk, only to dispose of the milk after voting.

Other types of contest shows that are still allowed should implement strict voting rules and prohibit fans from spending money to vote, the NRTA said.

The regulator also ordered broadcasters to rein in high payments to stars and clamp down on tax evaders.