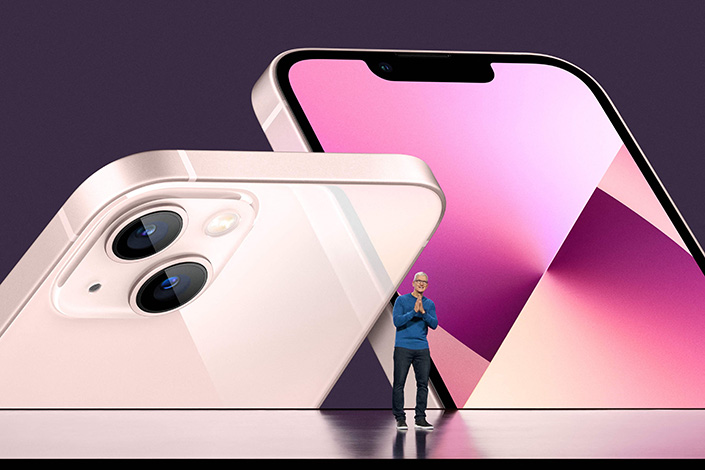 Apple is looking to bolster its tight grip on China’s high-end smartphone market with the launch of cheaper iPhones with more storage capacity as smartphone-makers vie to fill the void left by Huawei.

The iPhone 13 and its Mini version have a minimum capacity of 128 gigabytes (GB) and a max of 512 GB, both double those in the 12 series. For the higher-spec Pro and Pro Max models, a 1 terabyte option is offered.

The low-price strategy could help Apple win the hearts of more Chinese consumers especially as the cost of upscale models powered by the Android operating system sold in the country has risen over the last five quarters, according to a report by IDC. The research firm did not specify the average price for upscale Android handsets.

Apple has consolidated its dominant position in China’s high-end smartphone market. In the first half of 2021, iPhones made up nearly 60% of sales in the above-$600 price segment market, according to IDC.

The new iPhone launch comes against the backdrop of Huawei fading from the market as a result of core component shortages caused by U.S. sanctions in force since last year.

The decline of Huawei has also provided other brands an opportunity to grow. In the second quarter of 2021, Xiaomi, Oppo and Vivo grew their share of the global smartphone market to 15.5%, 10.2% and 9.8% respectively from 9.5%, 8% and 7.7% in the same period last year, according to statistics from research firm Gartner.