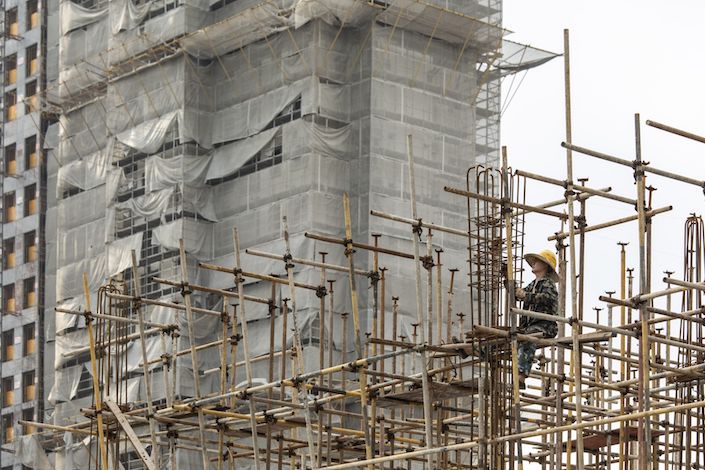 Home sales by value slumped 20% in August from a year earlier, the biggest drop since the onset of the pandemic shut down swathes of the economy at the start of 2020, according to Bloomberg calculations based on data released Wednesday by the National Bureau of Statistics.

New-home prices in 70 cities, excluding state-subsidized housing, rose 0.16% last month from July, the slowest pace this year, the data showed. Prices on the secondary market dropped for the first time since February 2020, slipping 0.02% from a month earlier.

Softness in the housing market is becoming more evident as regulators’ efforts to curb the real estate sector coincide with a worsening cash crunch at Evergrande. Higher mortgage rates, tighter rules for home purchases, and measures to curtail excess borrowing by developers have all weighed on the market.

The turmoil at Evergrande is drawing regulatory attention. National Bureau of Statistics spokesman Fu Linghui said Wednesday that some large property companies are encountering difficulties, and the impact on the real estate industry needs to be monitored.

Numerous sectors could be exposed to credit risks in an Evergrande default, Fitch Ratings wrote Wednesday in a note. It said smaller banks and weaker developers would be hurt the most. Still, such a scenario wouldn’t put significant pressure on housing prices nationwide as the developer has only a 4% share of a highly fragmented market, the ratings company said.

Authorities haven’t shown signs of easing up on the property industry, with Vice Premier Han Zheng saying in July that it shouldn’t be used as a short-term boost for the economy.

“Tightening over the real estate sector has been unprecedented recently, and it’s clearly had an impact,” Song Hongwei, a research director at Tospur Real Estate Consulting Co., said before the figures were released. “More developers are resorting to price cuts to recoup cash as it becomes harder to get proceeds from mortgages and other fundraising methods.”

Shares of Chinese real estate developers fell Wednesday. The Shanghai Stock Exchange Property Index slid as much as 2.5% after Morgan Stanley cut earnings forecasts for the sector by as much as 13% through 2023. Evergrande’s potential default could affect suppliers, financial markets and other developers, analysts including Elly Chen wrote in a note.

Confidence in developers may weaken further after protests broke out at Evergrande offices across China in recent days, raising the specter of social unrest. Evergrande said Tuesday that it expects a “significant” drop in property sales in normally buoyant September because of waning confidence among buyers.

With more than $300 billion in liabilities, Evergrande has been slashing prices on apartments to raise cash. The group received down payments on yet-to-be-completed properties from more than 1.5 million home buyers as of December.