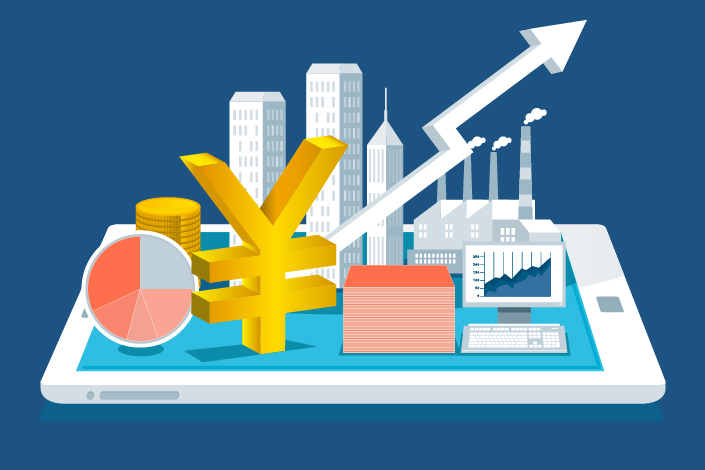 New draft rules will scrap restrictions that currently only allow enterprises to borrow yuan for overseas use in limited circumstances. Photo: VCG

China plans to relax restrictions on domestic banks’ ability to provide yuan-denominated loans overseas, a further step in its strategy to boost global use of the Chinese currency.

The proposals were made by the People’s Bank of China (PBOC) and the State Administration of Foreign Exchange in a draft (link in Chinese) of new regulations released on Saturday. The rules, which apply to 27 onshore banks, impose limits on the total amount of overseas loans banks can make in yuan and foreign currencies, improve risk prevention and unify the regulations covering both types of lending.

“The regulations…aim to better meet the capital demand of overseas enterprises, effectively serve the real economy, and promote trade and investment facilitation,” a statement accompanying the draft said.

If the regulations are implemented, they will scrap restrictions that currently only allow enterprises to borrow yuan for overseas use in limited circumstances — investing overseas as part of the country’s Going Out policy, engaging in contracts for foreign projects, and export credit. They will also encourage banks to provide yuan-denominated loans rather than foreign-currency loans.

The changes underscore renewed efforts by policymakers to boost the internationalization of the yuan and help the country move toward cutting its dependence on the U.S. dollar. China recently kicked off a long-awaited cross-border wealth management connect trial program in the Greater Bay Area and gave permission for the opening of the southbound leg of the bond connect program that will allow Chinese mainland investors to trade offshore bonds in Hong Kong. Both are expected to boost cross-border use of the Chinese currency.

The yuan only makes up a fraction of the global currency market. At the end of March, 2.45% of global forex reserves were held in the yuan, making the Chinese currency’s share of global forex reserves fifth — after the U.S. dollar, the euro, the yen and the British pound — according to International Monetary Fund data. The yuan was the fifth most-active currency for global payments by value in July, with a share of 2.19%, according to the most recent data from SWIFT, the Society for Worldwide Interbank Financial Telecommunication. That’s higher than the 1.81% share two years previously but still well behind the U.S. dollar, which had a share of around 40% in July, and the British pound, which had around 6%.

In its latest annual report (link in Chinese) on yuan internationalization released Saturday, the PBOC pledged to further support investment by foreign central banks, monetary authorities and reserve management departments in yuan-denominated reserve assets. “We will further improve the policy support system and infrastructure arrangements for the cross-border use of the renminbi, promote the two-way opening of the financial market, develop the offshore renminbi market, and create a more convenient environment for market participants to use the renminbi.”

The report showed that at the end of June, onshore yuan-denominated financial assets held by overseas institutions and individuals, including stocks, bonds, loans and deposits, stood at 10.26 trillion yuan ($1.6 trillion), 42.8 % higher than a year earlier.

While the proposed regulations give banks more leeway to make yuan loans offshore, they also step up controls on how much banks can lend. The draft sets an upper limit on each bank’s outstanding overseas loans based on a formula in the PBOC’s macro-prudential assessment framework that takes as its parameters a bank’s net tier 1 capital, and the leverage ratio of its overseas loans. The parameters can be adjusted to reflect the need to control cross-border capital flows at various times.

The draft also stipulates that overseas loans must only be used for purposes within a company’s existing business scope and can’t be transferred back to China. Neither can they be used to invest in securities or to repay offshore loans that carry onshore guarantees.