Global Tax Reform Is On Track, but Hurdles Remain 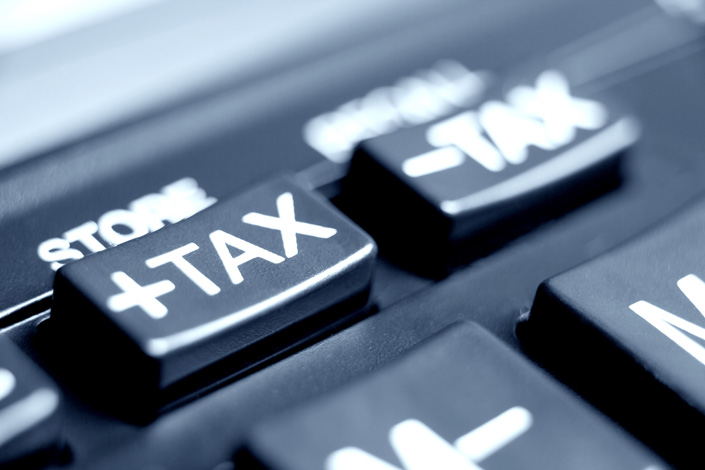 An agreement on international taxation of corporations is expected to be finalized in October. Photo: VCG

(Oxford Analytica) — The agreement on the international taxation of corporations is expected to be finalized at October’s G20 meeting. More than 130 countries have agreed rules to allow the minimum taxation of excess corporate profits and a formula for allocating revenue shares by country. However, several EU states have yet to agree to the former, while the latter faces resistance in the United States, where a two-thirds congressional majority is needed.

The technical details for the minimum rate are likely to leave a larger portion of corporate profits out of scope, ensuring that all EU countries join. However, these changes are likely to further reduce congressional Republican support for the package so the U.S. administration will have to tread carefully. This will delay the implementation and could raise the risk of the agreement failing.

• Multinationals will reduce their presence in tax havens but not necessarily in low-tax jurisdictions.

• Digital services taxes will be removed if the revenue-sharing formula applies from 2023, but other measures may be introduced on big tech.

On July 1, an agreement on the principles of reforming the international tax system was reached. More than 130 of the 139 countries that worked toward the agreement have signed. Ireland, Hungary and Estonia are the notable countries yet to do so.

Pillar 1 relocates the taxing rights for 20-30% (exact share has yet to be agreed) of the profits before tax above 10% of revenues to the market country for non-financial and non-extractive companies with revenues above 20 billion euros ($23.4 billion).

Pillar 2 taxes corporate profits exceeding a certain share of payroll and tangible assets of non-state-owned multinational enterprises (MNEs) with revenues above 750 million euros at a minimum 15% on a by-country basis. The rule has the status of a common approach: countries are not required to implement it but must accept the application of it by other countries.

Both rules will be applied from 2023. The revenue threshold for Pillar 1 is scheduled to be reduced to 10 billion euros after seven years.

Conceptually, the reform is substantial:

• Pillar 1 introduces a formula approach to allocate some MNE corporate profits to countries based on revenue. This is new.

Pillar 1 initially applies to not more than 100 company groups. It is estimated that Amount A — the profits for which the taxing rights will be reallocated — includes around 5% of total before tax profits of the companies affected. The impact on the pre-tax profits of the average affected firm will be less than 1%, assuming a 20% tax rate on Amount A profits.

Estimates suggest that countries such as the United Kingdom may not receive much more revenue than they collect from digital services taxes.

Pillar 2 affects a larger number of MNEs. An OECD estimate puts the tax revenue gains from it at $180 billion annually, based on all countries introducing Pillar 2, and considering uncertain behavioral changes by governments and businesses.

All countries could introduce Pillar 2, or none. The former benefits all as more revenue is raised. However, moving from no country having a minimum tax to all countries having one is not straight forward. If only a few countries introduce it, MNEs headquartered in these countries may relocate to countries without it. A country is likely to reduce its tax revenues if it introduces Pillar 2 but most countries do not.

To achieve the estimated revenue gains, a critical mass needs to adopt Pillar 2. The United States and the large EU countries have sufficiently large non-tax advantages to implement Pillar 2 without losing too many MNEs. Smaller countries that host MNEs, for example, Switzerland or the United Kingdom, are likely to introduce Pillar 2, but only after introducing some other non-tax-related business friendly policies to retain their MNEs and attract more. Several Swiss cantons have suggested this.

The Pillar 2 revenue gains may also be smaller if all countries implement it. At least one-third of the gains estimated by the OECD result from reduced profit shifting due to the minimum rate. MNEs subject to Pillar 2 will stop shifting profits to tax havens. However, the proposed 15% rate is still below the 30% tax rate found in Germany or France. The location of shifted profits will change, but not necessarily the amount.

Ireland, Hungary and Estonia are yet to support the proposal. They argue that their tax systems are designed to attract real economic activity and not profits, and that they would support the agreement if implemented with a sufficient carve-out (exclusion of profits related to real economic activity). While the proposal includes a carve-out amounting to at least 5% (7.5% in the five-year transition period) of payroll and the book value of tangible assets, estimates suggest that this does not shield all profits related to economic activity.

The refusal of Ireland, Hungary and Estonia prevents the implementation of Pillar 2 in Europe via a directive by the European Commission. This increases the risk that the Court of Justice of the EU (CJEU) could find the regulation to be incompatible with EU law and inapplicable within the EU.

The CJEU’s landmark ruling on the application of controlled foreign company regulations (which similarly to Pillar 2 target undertaxed foreign excess profits) within the EU in the 2006 Cadbury/Schweppes case suggests the court could strike down Pillar 2. The court laid out that the Freedom of Establishments in the EU precludes the top-up taxation of profits of an EU subsidiary by a parent subsidiary in the EU unless it relates to “wholly artificial arrangements.”

The only way to ensure the application of Pillar 2 within the EU is likely to be by implementing it via a directive. While this requires support from Ireland, Hungary and Estonia for the agreement, it avoids compatibility concerns as the CJEU usually assumes compatibility with EU law when a regulation is adopted based on a directive.

The U.S. administration supports the proposal. Pillar 2 is likely to be implemented later this year through a reconciliation process, which requires a simple majority.

Pillar 1, by contrast, needs a two-thirds majority in Congress as it overrides double tax treaties by changing the taxing rights for some MNE profits.

The fact that U.S. headquartered firms account for two-thirds of profits covered by Pillar 1 is a cause of concern for some Republicans in Congress.

Although Pillar 1 implementation is linked to the removal of digital services taxes, which largely target U.S.-based tech companies, countries could replace these taxes with measures with a broader focus.

Since EU implementation of Pillar 2 requires the support of all EU countries, the technical details are likely to be set such that the holdout countries join. However, more generous exemptions on Pillar 2 will further reduce the attractiveness of the package for U.S. Republicans. Thus, the ability of the U.S. administration to implement Pillar 1 may rest on careful timing.

Further delays raise the risk of the agreement losing momentum.