Tech Giants Talk Up Their Contributions to China’s ‘Common Prosperity’

By Yuan Ruiyang and Ding Yi 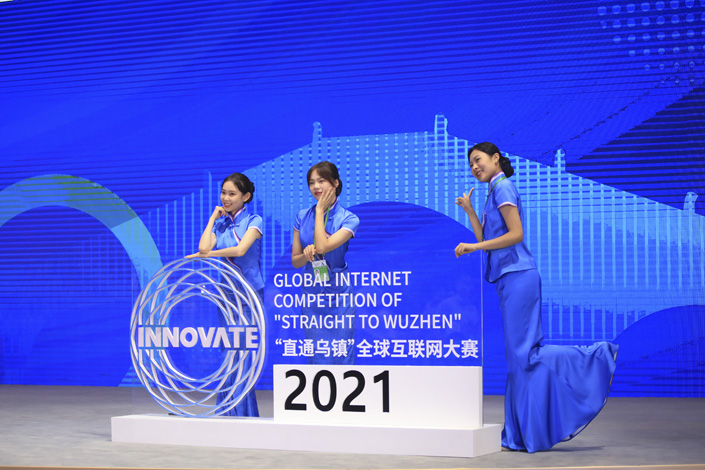 Leading China tech executives promoted their companies as supporters of Beijing’s campaign for big businesses to help build “common prosperity” and give back to society at the World Internet Conference on Monday.

They were among several world tech industry leaders addressing the government-led 3-day annual conference in Wuzhen, in east China’s Zhejiang province, from Sunday to Tuesday.

Yang acknowledged that the rise of big companies has not only “helped increase productivity” in various industries but also led to the “widening of the wealth gap,” a thorny problem that Tencent is dealing with as part of efforts to fulfill its social responsibilities.

Qualcomm’s Guo talked up a 2020 program in which the company teamed up with the China Foundation for Poverty Alleviation to deploy 5G and Internet of Things (IoT) technologies to help enhance farm management and operations in China’s underdeveloped regions.

The program is now operating in the Guangxi Zhuang autonomous region and Sichuan province, and will be expanded to the northeastern rust belt province of Heilongjiang this year, according to Guo.

During an economic policy meeting chaired by President Xi Jinping in August, China’s top leaders vowed to strengthen regulation of the country’s wealthy people, including “reasonably adjusting excessive” income, as part of efforts to build a society of “common prosperity” where wealth is shared among everyone under a more reasonable income distribution structure.

After the meeting, a number of China’s tech giants announced plans to pour massive resources into the common prosperity campaign, including Alibaba Group Holding Ltd. It vowed in September to invest 100 billion yuan in programs that improve digital infrastructure in underdeveloped regions, reduce costs for small businesses and improve benefits for gig workers.

These initiatives came as Beijing tightened its crackdown on the country’s freewheeling tech and internet giants due to concerns over monopolies and alleged anti-competitive practices.

Also attending the conference was Visa Inc.’s Greater China President, Yu Xueli, who shared her views about how to narrow the digital divide, the gap between people who have access to modern information and communications technologies and those who do not.

Yu emphasized the importance in narrowing the gap of strengthening infrastructure and popularizing financial knowledge. She said Visa has followed the guidance of China’s central bank to launch training courses aimed at enabling elderly people to become financially literate and offering digital financial services to more than 10 million villagers in the country by the end of 2020.

The WIC, also known as the Wuzhen Summit, serves as a platform for the Chinese government to clarify its vision for internet governance and for global tech companies to showcase how their digital technologies are changing the world. It has been held annually since 2014.