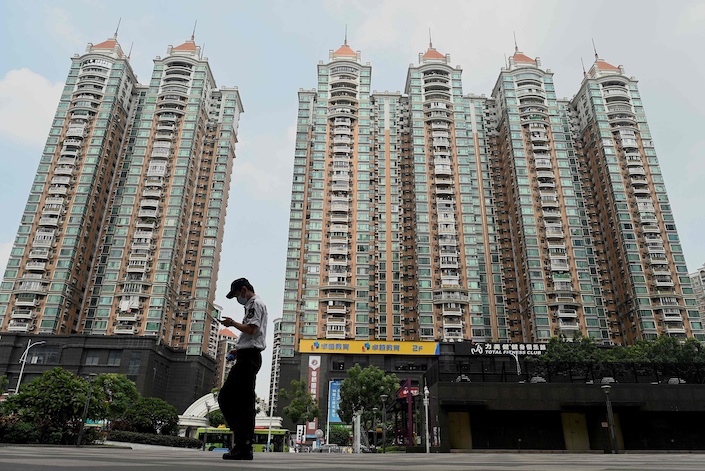 Home sales by value slumped 20% in August from a year earlier, the biggest drop since the start of last year.

Poor results in land auctions held in southern China’s Guangzhou city show developers pulling back as regulators’ efforts to rein in the real estate sector coincide with an imminent collapse of one of country’s largest developers, China Evergrande Group.

Less than half of the land in the latest auctions in Guangzhou city was sold and very few lots topped the asking price, showing developers are reluctant to buy more properties.

In the two days of auctions on Sunday and Monday, 48 parcels of land were offered, but only 23 were sold, with only five parcels sold above their asking price.

The average land premium, the additional price local government achieves over the reserve price it set before the auction, was only 1.5%, compared with 19.2% in the previous auction in April.

The result is in line with recent lukewarm land auctions in other key second-tier cities. In the second round of residential land auctions for 2021 held in nine cities, including Xiamen, Tianjin, and Chengdu from June 10 to September 17, a combined 362 parcels of land were sold at an average price that equates to 6,600 yuan ($1,021) per square meter based on the floorspace of the apartments in their building plans, Citic Securities said in a report. That’s just 4.85% higher than the combined reserve price. Nearly 80% of the parcels were sold at the asking price. Six of the cities, which held land auctions in the second half of August or in September, achieved a premium of just 2%.

Lackluster bidding at auctions underscores developers’ waning appetite for new land holdings as the government has restricted their access to debt, which has choked off their main source of funds for purchases. A source familiar with the matter told Caixin that some local governments have even aborted plans to hold auctions because of weak demand.

In the latest Guangzhou city round of auctions, many parcels had very strict conditions for sale, Deng Haozhi, a real estate expert in Guangzhou, told Caixin. For example, a land parcel owned by Guangzhou Iron and Steel Co. Ltd. (600894.SH) requires the developer to build and operate a park, which would call for heavy investment and subsequent operating costs. Several other parcels require that at least 50% of the projects should be reserved for families now without houses.

As the new housing market has continued its slowdown since June, developers are facing cost pressures from the lands they acquired previously, said Chen Xueqiang, research head of the Guangzhou branch of Beijing China Index Academy.

Home sales by value slumped 20% in August from a year earlier, the biggest drop since the start of last year, data from the National Bureau of Statistics showed. New-home prices in 70 cities, excluding state-subsidized housing, rose 0.16% last month from July, the slowest pace this year.

Among the land buyers in Guangzhou’s recent sale, most are state-owned developers, including China Overseas Property Ltd., Guangzhou Pearl River Industrial Development Holdings Co. and Yuexiu Enterprises (Holdings) Ltd. These state-owned players rarely participate in land auctions and they only buy in auctions when the market is very depressed, in order to boost confidence, said real estate expert Deng.

Sales at rock bottom prices will become common in future land auctions, and state-owned developers are expected to play a key role to support the market, real estate researcher CRIC said in a report Saturday.