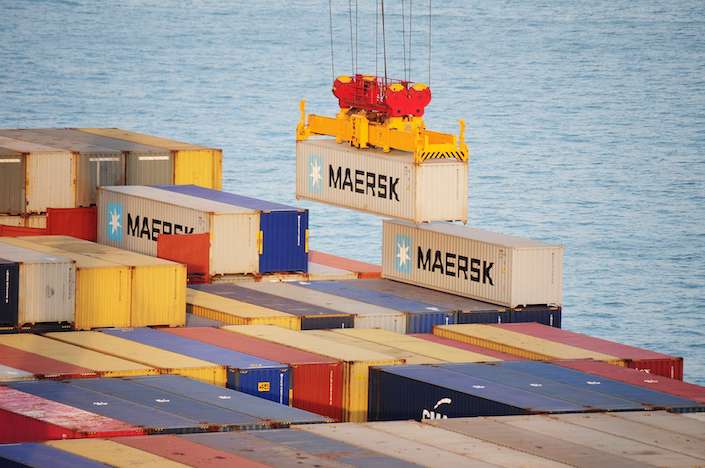 CIMC, the world’s largest maker of shipping containers, controls over 40% of the global container market.

China International Marine Containers Group Co. (CIMC, 000039.SZ) announced Tuesday that it has agreed to acquire Danish shipping giant A.P. Moller-Maersk A/S’s refrigerated container manufacturing unit for $1.08 billion, a deal that will give the Chinese company control of about half of the global container market.

CIMC will take over all of Maersk Container Industry (MCI)’s assets and employees, including its reefer factory in Qingdao as well as its R&D and test engineering facilities in Tinglev, Denmark, Maersk said in a press release posted on its website.

The divestment of MCI is part of Maersk’s business transformation, where the focus is on being an integrated container transport and logistics company, said Henriette Hallberg Thygesen, CEO of Fleet & Strategic Brands in Maersk.

Since 2017, Maersk has been divesting and selling its non-core businesses, including its oil and drilling companies.

Founded in 1991, MCI manufactures refrigerated containers and refrigeration machines for the intermodal freight industry, with all of its manufacturing facilities located in China, with about 2,300 employees. In 2020, the company delivered its most profitable result since its founding, posting operating revenue of $587 million and earnings before interest, taxes, depreciation, and amortization of $77 million.

Marine refrigerators require high-end manufacturing, which has been dominated by MCI, Carrier, Thermo King and Daikin, with few large newcomers in the industry in the last 15 years, the person at CIMC said.

In global transportation, medicines, vaccines, seafood, fruits and other perishable goods need to be stored and transported in chilled containers. In 2019, a total of 275 million tons of global cargo were transported in refrigerated containers, and about half was transported by sea. According to the latest projections by Drewry and McKinsey, global seaborne reefer traffic will reach 156 million tons by 2024, representing average annual expansion of 3.7%.