Caixin ESG Biweekly: Province Tries to Balance Its Energy Past With an Industrial Future 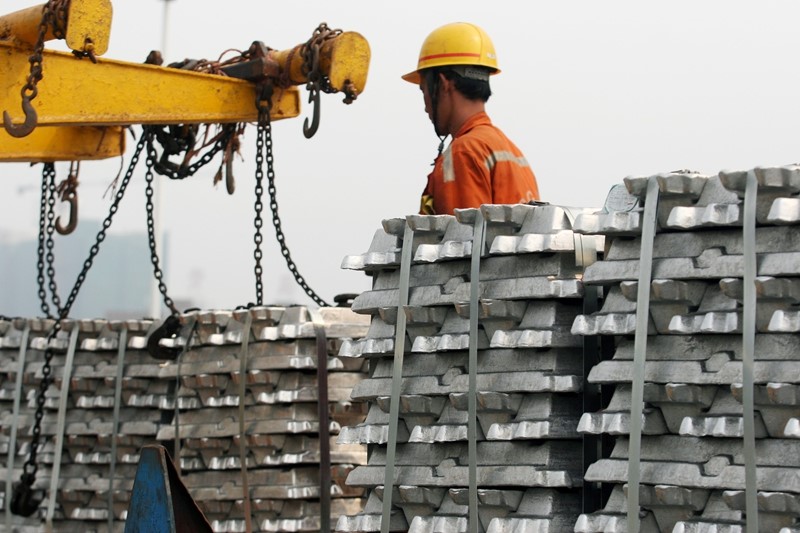 The scenic southwestern Chinese province of Yunnan is known for its tourism and rich resources for hydropower. Over the past few years, it has donned a new name — the aluminum valley of China — thanks to the massive relocation of electrolytic aluminum producers attracted by the region’s low electricity prices from all that hydropower. The transition has turned out to be faster than the province was ready for. In mid-September, the provincial government announced that local smelters must cut aluminum production by 30% for the rest of 2021. Read more about how Yunnan attempts to balance its traditional role as electricity supplier with more aspirational positioning as an industrial base here.

Hello ESG Biweekly readers, this week we have an expert view from Liu Shijin, chief advisor of the China Council for International Cooperation on Environment and Development (CCICED) and vice chairman of the China Development Research Foundation (CDRF). As former deputy director and a leading economist of the State Council’s Development Research Center, China’s top policy research body, Liu helped draft reform documents for the Third Plenary Session of the 18th Central Committee. Here is the takeaway of Liu’s comment on the environmental forum held by CCIED on Sept. 8 in Beijing.

Liu Shijin said the efforts to reduce China’s carbon emissions by using top-down target-setting administrative measures need to be adjusted, and there should be no rush to seek instant results in carbon emission reduction efforts. Instead, he advocated local governments adapting their emission reduction on the merits of the situation. Liu’s comment echoed Chinese leaders’ call to pursue climate goals in an “orderly” manner and rectify the “campaign-style” approach by local governments.

Liu’s worry is not misplaced. Many local officials complained privately that the great pressure from their superiors to cut energy consumption and energy intensity has impeded economic growth, and even caused power outages. Although the top-down approach of setting targets for cities can bring quick action and results, there are issues of fairness. It brings a new set of problems, such as unfairness, free-riding, lack of incentives and high implementation costs, according to Liu.

China has a long tradition of a highly centralized bureaucratic system. With regard to environmental governance, local officials are motivated to abide by orders issued by higher levels of governments, leading to immediate improvement in emissions reduction. However, the top-down mindset alone neither works well with complex problems nor in the long run. Due to inevitable information asymmetry, national decision-makers are often unable to fully consider regional heterogeneity, resulting in one-size-fits-all policies and regulations.

Other countries have a lesson or two to teach. In Europe, there is a much broader public awareness and citizen participation, which offers supplemental bottom-up oversight. The EU is also leading in environmental and climate legislation. The U.S., on the other hand, tends to adopt a more market-oriented approach. Tackling climate change is never easy, but by learning from each other, human beings can work together to address this common issue facing the world.

China Special Envoy for Climate Change Xie Zhenhua held talks with his U.S. counterpart John Kerry in Tianjin from Aug. 31 to Sept. 2, with a focus on the implementation of the U.S.-China Joint Statement Addressing the Climate Crisis which was released in Shanghai in April this year. The two sides had a full exchange of views on key issues and shared respective policy actions on climate change, agreeing to nail down certain cooperative plans and projects in the green and low-carbon sector.

On Sept. 10, President Xi Jinping spoke with with U.S. President Joe Biden, marking the first conversation between the two leaders since February. Xi expressed that “on the basis of respecting each other’s core concerns and properly managing differences,” both sides may tap more potential for cooperation on climate and other issues to inject more positive dynamics into the relationship.

The National Development and Reform Commission (NDRC) issued a new plan (完善能源消费强度和总量双控制度方案) for improving the dual control of energy consumption intensity and total amount, pointing toward stricter control on energy emission-intensive projects. The new plan emphasizes a differentiated approach in setting provincial targets according to actual local conditions. It also proposes speeding up the construction of the energy-use rights trading market.

China has issued guidelines (关于深化生态保护补偿制度改革的意见) on deepening reform of its eco-compensation mechanism. The guidelines, jointly released by General Offices of the Party’s Central Committee and the State Council, details goals set for 2025 and 2035. An ecological compensation mechanism should be aligned to economic growth, with a market-oriented and diversified compensation pattern, according to the document. The guidelines propose to research and develop green stock indexes, carbon emission futures trading, and financing tools based on water rights, pollution rights and carbon emission rights.

China launched a national program on Sept. 7 that allows electricity generators to sell green power directly to end users, seeing a total volume of 7.9 billion kilowatt-hours (kWh) traded by 259 vendors in 17 provincial regions on that day. The program mainly involves wind and solar power at the moment, and it will gradually expand to other renewable energy sources such as hydropower, making it one of a variety of initiatives to support China’s goals of peaking its carbon emissions by 2030 and achieving carbon neutrality by 2060.

Guangdong is planning to establish a unified carbon trading market within the Guangdong-Hong Kong-Macao Greater Bay Area (GBA) to draw in foreign investors. On Sept. 14, the Guangdong government issued a notice (广东省深入推进资本要素市场化配置改革行动方案) revealing its new plan for construction of a cross-border carbon emission trading market for the GBA on the basis of the existing local carbon market. The plan also proposed setting up a Green Development Guidance Fund and establishing a cross-border transaction mechanism — marking its efforts in encouraging Hong Kong and Macao investors to enter the link-up carbon market. Financial institutions will receive support to explore ecological value realization mechanisms regarding forest and ocean carbon sinks.

Hainan province will promote the establishment of an international carbon trading exchange and try to attract more listed companies, according to a newly released plan (关于贯彻落实金融支持海南全面深化改革开放意见的实施方案) on Sept. 1. The plan fleshes out how Hainan will act on a list of recommendations issued earlier this year on the same subject by central financial authorities. This implementation plan is the latest step in Beijing’s grand vision of transforming the southern island into a world-class free trade port. According to the plan, Hainan will ramp up support for green finance and for setting up an international carbon trading venue that connects international and domestic markets. The plan also encourages companies to use the yuan for cross-border trade and promises simplified procedures for foreign investments.

The Chinese government on Sept. 8 unveiled a plan (十四五”全国农业绿色发展规划) for the green development of the country’s agricultural sector over the next five years, marking the first special planning in this sector. The plan, jointly issued by six departments including the Ministry of Agriculture and Rural Affairs, identified resource protection, pollution control, restoration of agricultural ecology and the development of a low-carbon agricultural industrial chain as the key tasks for the 14th Five-Year Plan period (2021-2025), aiming at building a green, low-carbon and circular agricultural industry.

The city of Huzhou in East China’s Zhejiang province, one of the nine green finance innovation reform pilot zones in China, released an ESG evaluation model and digital system to solve the difficulties in identifying financing entities that are truly green. The system comprehensively evaluates the enterprise from the aspects of environment, society and governance, with a total of 55 four-level indicators and 95 bottom factors, leaving enterprises with a total ESG score (0-100). Particularly, the system focuses on introducing corporate carbon intensity indicators in accordance with China’s carbon goals. The system could transform green finance from post-analysis mode to pre-analysis mode, and provide green financial services for small and midsize enterprises more precisely by labeling them before the issuance of loans, according to the local finance authority.

The Guangdong Development and Reform Commission announced on Sept. 2 that under the four-year program, more than a dozen cities in the southern province will coordinate on developing hydrogen supply, establishing industry chains and promoting hydrogen-fueled cars. Shanghai, the Beijing-Tianjin-Hebei region and Guangdong province have all been approved to be the first batch of cities participating in a state-run demonstration program for fuel-cell vehicles, as the country ramps up the commercialization of hydrogen-powered automobiles. Beijing and Shanghai announced their approvals on Aug. 23 and Aug. 26 respectively, which were obtained from five ministries including the Ministry of Finance, Ministry of Industry and Information, Ministry of Science and Technology, and the National Energy Administration.

On Sept. 4, China’s first ESG fund evaluation system in the industry was released in the report ESG Fund: International Practice and China System Construction. The report was jointly composed by the Green Finance Committee of China Society for Finance and Banking and Tencent Financial Research Institute, striving to fill the gaps in the field of green funding. By combining expertise from the Green Finance Committee and Tencent’s wealth management platform, the report team aims at building an industry-recognized ESG fund evaluation system.

Chart of the week

An increasing proportion of Beijing’s air pollution is blowing into the Chinese capital from outside, though most of the city’s smog is still locally emitted, a new report (in Chinese) shows. The report is based on research led by the Beijing Municipal Ecology and Environment Bureau, the city’s monitoring center. Over the period covered by the report — January 2020 to June this year — nearly 60% of Beijing’s PM2.5 pollution was emitted within the capital’s borders, down from 66% between January 2017 and May 2018. The remainder in both periods came from outside the city.

The report also looked at the various sources of locally generated PM2.5 in the city. It showed that “mobile sources,” including emissions from diesel and gasoline vehicles, accounted for 46% of Beijing’s local PM2.5 emissions over the period, followed by “life-scenario” sources with 16%, and dust sources at 11%.

Caixin Global has launched a regular energy sector watch – Energy Insider. You can check out the content here.