By Sun Yanran and Thomas Zhang 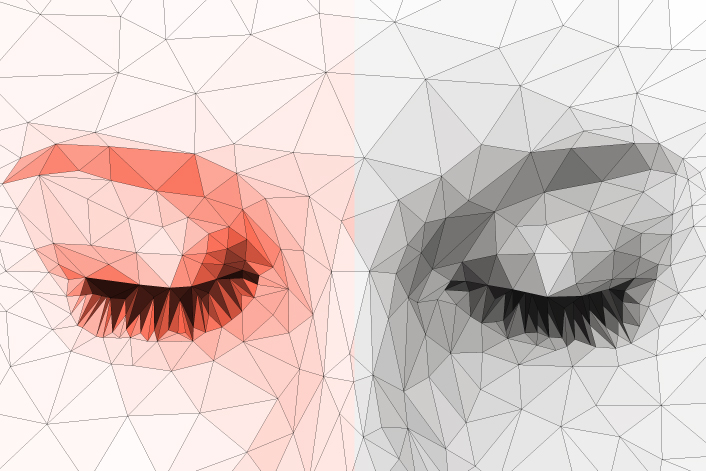 It came as little surprise when the medical beauty industry was targeted in the storm of regulations that swept through China this summer.

The State Administration for Market Regulation (SAMR) on Aug. 27 circulated for public consultation a policy guideline (link in Chinese) that would categorize beauty advertising as a type of medical advertising. Beauty advertisers will thus be required to obtain a special license — previously reserved only for medical institutions — before placing a beauty ad in the public realm.

Given that more than 30% of the medical beauty industry’s revenue goes into marketing, and amidst a rising tide of exaggerated ads and public complaints, it was natural that advertising would be a key target of any regulatory tightening.

The new guideline is the latest step in efforts to enhance the regulation of the sector. Two months earlier, the National Health Commission and seven other government agencies published a plan (link in Chinese) to crack down on illegal medical cosmetology services. The National Internet Finance Association also issued a notice (link in Chinese) barring financial institutions from working with illegal medical cosmetology organizations.

China is one of the world’s largest medical beauty markets (link in Chinese). Chinese consumer spending tops the world for cosmetic and beauty treatment, surpassing the U.S., Brazil, Japan and South Korea. The total market value has grown at an annual compound growth rate of 28.7% since 2015, far higher than the global average of 8.2%, according to a report co-authored by consultancy Deloitte and Meituan, China’s largest food delivery platform.

But the breakneck pace of expansion has also led to serious problems, rampant malpractice and illegal activities. Despite high growth, the industry suffers from low margins, due mainly to high marketing costs. To lure customers, many service providers have resorted to fake or exaggerated claims, which is against the law. By some estimates, nearly half of service providers are unlicensed, and outside the purview of regulation. Then, there is the problem of grey market products, and fake or substandard products.

As regulatory scrutiny intensifies, the industry is bound to go through a reshuffle. Many smaller institutions providing medical beauty services may have to shut down. That will leave the richer, larger chain hospitals in prime position to gobble up the market, industry insiders say.

Medical beauty stocks were the darling of the market in the first half of 2021. Thirteen listed companies hit their year highs. Six peaked on June 1.

Capital poured in as stock prices soared. Quite a few companies, regardless of what they do, bought in. Aoyuan Beauty Valley (000615.SZ), Jinfa Labi (002762.SZ) and traditional healthcare companies like Huadong Medicine (000963.SZ) made high-profile, high-value acquisitions, which in turn pushed stock prices even higher.

Meanwhile majority shareholders in the industry saw an opportunity to offload their holdings. Data show that shareholders of nearly half the companies in the sector cut their stake, liquidating billions.

As speculation mounted at the end of May of an imminent regulatory crackdown, stock prices tumbled across the entire sector. Analysts pointed out that contrary to the popular impression that medical beauty companies made easy money, the lion’s share of their profits were actually diverted upstream to manufacturers, whose gross margins were usually over 70%. The medical beauty institutions themselves, meanwhile, often operated on the brink of losses. Their net margins were as low as 6%, the Deloitte-Meituan report revealed.

The key reason for the low margins is the high cost of customer acquisition, according to third-party studies. Spending on sales and marketing accounted for 25% to 35% of total revenues at medical beauty institutions in 2019, according to a report by consulting firm Frost & Sullivan. The average cost of acquiring a single customer ranged between 3,000 yuan ($464) and 5,000 yuan. Most medical beauty companies had a gross margin lower than 50% and a net profit margin lower than 10%.

Many of their fake and exaggerated advertising claims run afoul of existing advertising law, according to the proposed guideline. The standard before-and-after shot, for example, or the appointment of a brand ambassador to promote an institution, are both unlawful.

The need for cheaper, more efficient customer acquisition has spurred a new generation of vertical internet platforms such as SoYoung, Igengmei and Meb, who act as intermediaries between clinics and customers. Some analysts see these platforms in a positive light, claiming they address the problem of information asymmetry and so benefit the whole industry.

Data from brokerage Citic Securities (link in Chinese) shows that the value of China’s regulated, or formal, medical beauty market stood at about 152 billion yuan. But the total value of the entire market could be as high as 300 billion yuan, and will grow to 1.3 trillion yuan by 2030 according to some estimates.

That suggests that about half the market is black. Data compiled by the iResearch (link in Chinese) consultancy show that China had about 13,000 licensed medical beauty institutions in 2019. But there were still another 80,000 institutions, stores and clinics offering medical beauty treatment that strictly speaking, were unqualified to carry out such treatments.

It’s also increasingly difficult for them to obtain a proper license. It now takes nine months, up from six months, for any such institution to obtain a practice license in Chengdu, long dubbed “the city of medical beauty,” according to Yang Zhou, head of integrated marketing at Meb.

And a license is only the first step. The key is to register as many doctors as possible. The demand for licensed doctors across the whole sector could be as high as 100,000, according to some estimates. In 2019, China had a total 38,343 practitioners in the industry covering plastic surgery, dermatology, dentistry and even anesthesia. Perhaps more significantly, China had just 3,680 qualified plastic surgeons in 2018.

The shortfall has encouraged unlawful operators to hire unlicensed doctors with rudimentary training to carry out complex beauty treatments. Nearly 30% of those seeking medical beauty treatment found that the doctor who carried out their operation was not the named practitioner in the records, according to a Beijing court white paper (link in Chinese).

In theory, a licensed doctor cannot work at more than three medical beauty venues, according to 2017 rules (link in Chinese). In practice, nearly 5,000 have breached this rule, according to iResearch.

That’s because of the high requirements for becoming an attending doctor at medical beauty institutions in China. Conditions for qualification (link in Chinese) are directly linked to years of practice. For example, at least six years of practice is needed before a doctor can do cosmetic surgery, five years for cosmetic dentistry, and at least three years for dermatology.

The shortage of qualified attending doctors has led to a considerable rise in their pay. A search on Boss Zhipin, a leading online recruitment platform, shows that a dermatologist with at least three years of practice can command a monthly salary between 20,000 to 40,000 yuan; a plastic surgeon with six or more years of practice is paid anywhere between 50,000 to 100,000 yuan a month.

This has also led to the practice of a qualified doctor, while not doing the surgery himself, signing on behalf of another doctor who actually does the operation. The head of a private medical beauty hospital in Beijing, who declined to be named, admitted to Caixin that he has been “lending” his signature to other doctors. “I’m the only qualified attending doctor here, how am I supposed to do all the surgeries myself?” he muttered.

Both this head of hospital and Yang Zhou at Meb conceded that much remains to be regulated in the sector. An analyst at Sinolink Securities also stressed that the current regime favors approval over supervision of the actual operation of the market, leading to relatively low cost of noncompliance, which in turn makes it harder to root out the illegal practices.

The proposed guideline also suggests medical beauty institutions purchase equipment and medicines from qualified institutions. This is because it’s been difficult to regulate a complex supply chain which features regular cross-border movement of goods. At the moment, mainstream private medical beauty institutions purchase materials and equipment from agents of foreign suppliers or from domestic companies that are registered with the National Medical Products Administration. But many tend to use substandard equipment that is either smuggled in or simply fake.

Popular products such as hyaluronic acid and botox can be easily purchased from abroad by buyers. But stringent requirements for storage and transportation mean about two-thirds of these products on the market are either smuggled or fake, reports iResearch. The same could be said about the medical beauty equipment, nearly 80% of which are imported and used in large and regulated institutions. These are however usually too expensive for small and midsize institutions to afford. As a result, iResearch believes more than 90% of the equipment used in unregulated institutions are probably fake.

Newly emerging marketing platforms further complicate the regulatory landscape. In April this year, short-video platform Kuaishou added medical beauty services such as dentistry, hair transplantation and ophthalmology to its e-commerce business. Several institutions made hundreds of millions of yuan via livestreaming on the platform. However, an industry insider told Caixin that streamers often use grey market products during livestreaming sessions in order to push down the price and increase sales.

Currently, there are no detailed regulations to prevent the use of unlawful products and equipment. The new draft regulations involve a number of regulatory bodies including the Ministry of Public Security, the General Administration of Customs, the State Post Bureau, and the National Medical Products Administration. As Jiang Han, a senior researcher at think tank Pangoal Institution, put it, what’s needed is an overarching government body with sufficient mandate to coordinate between different ministries in order to effectively regulate the medical beauty industry.