Cost of Shipping Between China and U.S. Plunges

By Jia Tianqiong and Zhang Yukun 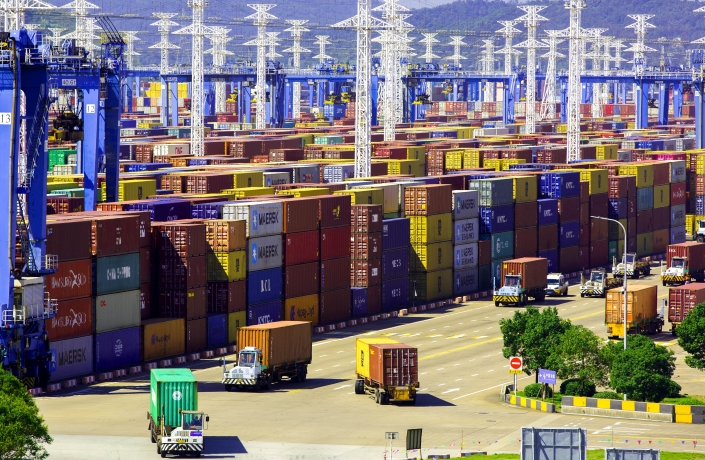 The cost of shipping between China and the U.S. plunged this week after hitting record highs in early September as the off-season approaches, a power crunch slows Chinese manufacturing and speculators rush to sell their hoarded shipping spots.

An executive with a Shanghai freight company said Thursday that the cost of shipping a 40-foot container from China to the U.S. West Coast dropped nearly half in the previous four days, going from about $15,000 to just over $8,000. The spot rate for shipping to the East Coast had fallen by more than one-quarter from over $20,000 to less than $15,000.

Prior to the pandemic, the rate was usually around $1,500. The cost of shipping has skyrocketed since the start of the pandemic. On the demand side, U.S. consumers stuck at home spent more on durable goods, such as gym equipment and furnishings.

However, congestion at ports around the world led to a dearth of containers and speculation by scalpers (link in Chinese) looking to make a profit from rising prices.

In the last week of September, the shipping rate on a route between China and the West Coast almost halved, Caixin learned from freight forwarders. The route is operated by Matson Inc., one of the biggest U.S. container freight companies.

Matson said it has nothing to do with the slump in spot shipping rates, and the Oct. 2 long-term rate for shipping a 40-foot container from China to the West Coast it reported to the Shanghai Shipping Exchange was up $200 from a month earlier.

An analyst at Tianfeng Securities Co. Ltd. said that shipping companies often set the long-term rates, but the spot rates quoted by shipping forwarders are the actual market prices determined by supply and demand.

Many long-term rates listed on the Shanghai Shipping Exchange for shipping a 40-foot container from China to the U.S. are under $5,000, much lower than the spot rates.

The plunge in spot shipping rates, the analyst said, is mainly caused by the imminent off-season and a reduction in manufacturing due to China’s ongoing power crunch.

Multiple provinces across China are suspending factory production to ameliorate energy shortages or to meet the central government’s energy consumption control targets. As production restrictions began to be implemented, scalpers dumped their hoarded container spots, contributing to the price tumble, the source from the Shanghai shipping company said. He added that the scalpers had to rush to sell off the spots between Oct. 1 and Oct. 7 before the start of the seven-day Chinese National Day holiday which starts at the beginning of the month.

Experts are split on how shipping rates will develop in the near future. A research report by CSC Financial Co. Ltd. said shipping rates would stay relatively high in the next two weeks, as U.S. ports stay congested and the gap between supply and demand remains large. The Tianfeng Securities analyst, however, predicts a decline in shipping rates as export growth is expected to slow in the fourth quarter, the off-season for ocean freight shipping.