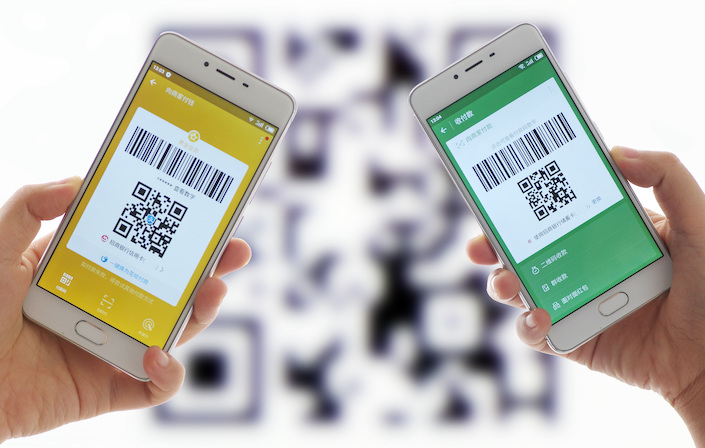 In China, people can just tap their smartphones to pay for almost anything from restaurants to subway rides through WeChat Pay, a mobile payment service provided by Tencent Holdings Ltd., owner of popular messaging app WeChat with over 1.25 billion monthly active users.

Now the use of WeChat Pay is further expanded. Tencent announced Thursday that WeChat Pay is accessible by Cloud QuickPass, the mobile payment service of state-backed UnionPay.

UnionPay is the world’s biggest card network with more than 9 billion cards issued. It is widely used by Chinese shoppers internationally as well as domestically. UnionPay’s QuickPass is accepted at 25 million POS terminals, including more than 7 million POS terminals in 82 countries and regions outside mainland China.

The collaboration enables QuickPass users to make payments by scanning WeChat Pay QR codes offline, and for WeChat Pay users to do the same with QuickPass codes in provincial capitals across the country.

QuickPass payment now supports some Tencent services, such as its music and video streaming apps, as well as WeChat mini-programs for WeChat Read, JD.com, and Luckin Coffee, Tencent said.

WeChat Pay has previously connected with mobile banking apps of a number of banks, including China Construction Bank, Bank of China, Bank of Communications, Ping An Bank and Citic Bank.

But industry experts said the mutual scanning and recognition between QR codes does not equal real interconnection between different payment services, because each service still uses its own QR code system.

QR code is a machine-readable code typically used for storing URLs or other information for reading by the camera on a smartphone. The QR code system allows shoppers to make quick payments by scanning a code provided by merchants or by asking the business to scan a code generated by a mobile payment app.

At present, China doesn’t have a unified technical standard of QR code payment interconnection. Payment providers issue different barcodes that can be used only on their own services.

In August 2019, the central bank issued a three-year plan to build a regulatory framework to unify technology standards and promote interoperability of the QR code payment service. Under the plan, by the end of 2021 all merchants will be able to use one universal barcode to facilitate transactions through different payment service providers, including banks, Alipay and WeChat Pay.

The central bank will push internet firms to open up their payment scenarios to each other to guarantee consumers' choice, central bank governor Yi Gang recently said.

Antitrust actions in the payment sector need to deepen despite "interim progress" made in the last year, People’s Bank of China deputy governor Fan Yifei said last Friday at the China Payment and Clearing Forum in Beijing.

Alibaba recently added the rival WeChat Pay system to some of its apps after the government ordered major tech firms to stop blocking each other’s services and links.