Analysis: Five Things to Watch in China’s Economy in the Fourth Quarter 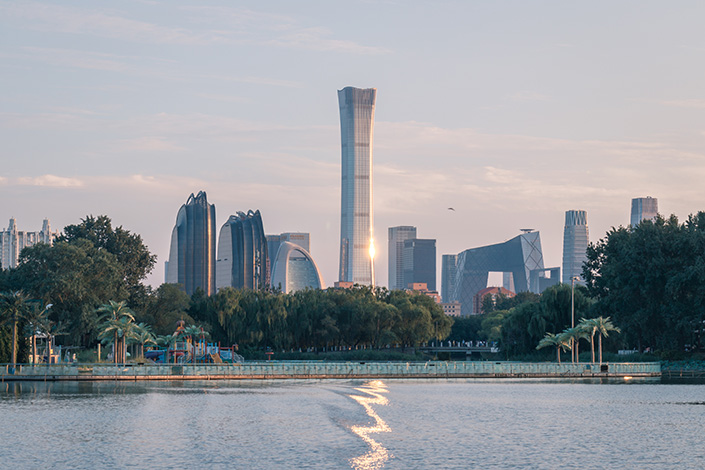 Entering the four quarter, it seems the Chinese economy is facing more headwinds than tailwinds. Most of the headaches are acute, but real solutions hinge on longer-term structural changes. Here are developments that we should be watching closely, plus one factor that has been quietly looming in the background, influencing everything.

The first issue at hand is the pandemic and its long-lasting effects. Consumer spending has been the sole weak point throughout China’s year-long recovery. The latest retail sales data only reaffirmed the trend, foreshadowing weaker growth in the coming months.

The situation is serious because, for one, there will always be some provinces and cities on edge under the country’s “zero infection” strategy, meaning shutdowns in most cases. Secondly, longer-term expectations about income and jobs have nosedived in recent months, which will reduce willingness to spend.

Thus it’s only natural to expect further loosening of monetary and fiscal policies in the coming quarter, which will help to some extent, but not much. The bigger problem lies in the slowdown in household income growth and widening inequality — issues that require reforms on multiple fronts. Therefore, the outlook for the fourth quarter looks dim as more risks will be exposed.

The second development of note is the real estate sector and the risks it poses to the stability of the financial system.

As the China Evergrande Group crisis unfolds at a breathtaking pace, more and more observers are asking the same questions: Will Evergrande be the first domino to fall in the total collapse of China’s housing market? How will the financial system hold up?

Despite these worries, the prevailing rhetoric from top decision-makers has been that no one is “too big to fail.” After a few dozen measures and policies from the central government and a few hundred from municipal governments were issued this year, some local governments are quietly trying to prevent housing prices from falling further, while financial regulators remain vigilant.

Local governments have stepped in to figure out how much Evergrande’s projects in their own jurisdictions are worth. There, homebuyers and construction (mostly migrant) workers are high on the priority list for repayment, because the authorities are keen to prevent social unrest.

Evergrande may get some help from local governments. But the bottom line is, the company is not seen as systemically important as financial conglomerates like Huarong Asset Management Co. Ltd. It’s reasonable to expect there won’t be a U-turn on housing policy, but there will be more turmoil, tighter credit conditions and further price drops.

The third development to keep an eye on is the ongoing power shortages in many provinces.

It has not been unusual to see sporadic power shortages and grid shutdowns in different provinces every summer and winter since 2016. What’s different this time is they are more severe. Some households have suffered outages due to issues related to China’s carbon peak and neutrality targets.

China has an annual target to cut energy consumption per unit of GDP by 3%. That target gave way to the need for economic growth last year, resulting in a 1.6% cut, with the National Development and Reform Commission (NDRC) electing to ignore the many provinces that failed to hit the target. These provinces had assumed that the NDRC would do the same this year, until it signaled it wouldn’t turn a blind eye in 2021.

Many provincial governments know they are now far behind. Apparently, policy inconsistency played a role in the chaotic scenes around the country, and some provinces still might get a pass in the end.

But the underlying problem ultimately comes back to the impasse in reforming China’s energy industry. While both the power generation and retail segments are largely market-oriented now, that’s still not the case in the power transmission sector in the middle, which is dominated by the duopoly of State Grid Corp. of China and China Southern Power Grid Co. Ltd. Faced with rocketing coal prices and having no say over how much they can charge the grid operators, power plants simply stopped producing electricity.

Into the four quarter, we’ll see more power shortages, before they abate somewhat as the effects of the fluctuating electricity supply from renewable sources diminishes. But as winter draws near, the shortages will come back and overall GDP growth will take a hit.

These eye-catching incidents will also play into the creation of specific plans and measures for the “eight sectors” (heavy-energy consuming and polluting industries) to meet decarbonization goals.

The fourth development is the ongoing antitrust and regulatory reforms for China’s big tech companies.

In the coming quarter, we will see fewer sudden “regulatory storms,” and instead a more coordinated approach by regulators; fewer actions specifically targeting a sector or a company, but more on “horizontal” issues that have across-the-board effects on the industry, such as data, labor, merchant qualifications and advertising activities.

There are four parts of this that are most important. On data, we will see how regulators implement the data security and personal information protection laws. On requiring apps and websites to “break walls,” we’ll see if companies stop blocking their competitors’ links on their platforms. We’ll also see how Tencent Holdings Ltd., Alibaba Group Holding Ltd., Bytedance Inc. and the like negotiate among themselves and with the regulators.

On protecting gig economy workers, platform companies are supposed to pay for health and accident insurance, but who’s liable and how much everyone will need to pay still requires clarification from the Ministry of Human Resources and Social Security. On fintech, how Ant Group Co. Ltd. peels off its credit and lending services from Alipay will have profound implications for the industry.

Finally, unlike a lot of other state jargon and slogans, the latest China buzzword “common prosperity” is more done than said. It’s the logic behind almost every single legislative and policy change.

So far, we’ve seen measures to close loopholes on taxing top earners, on housing and education to alleviate middle-class anxieties, and a new definition of employment status to protect the gig workers at online platforms. It would be no surprise to see more shorter-term measures and long-lasting reforms (e.g., overhauling the tax system) that are believed helpful to achieving the “common prosperity” goal.