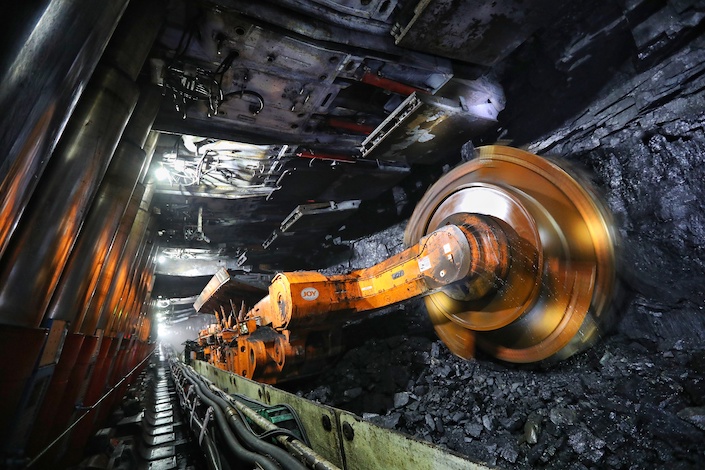 A coal mine in Ordos, Inner Mongolia.

Three of China’s major coal-producing provinces have pledged to increase long-term coal supply to power plants by a total of 145 million tons at a discount price in the fourth quarter amid a severe power shortage which has left millions of homes and businesses hit by power cuts.

Since mid-September, several provinces across the country suffered power outages and were forced to ration electricity supplies. Record coal prices and a relatively low electricity price set by the government have meant that producers have been selling power below cost, which has greatly lowered the incentive to generate electricity. This, together with government-mandated cuts to coal-mining capacity since 2016 and carbon-reduction measures, have slowed coal production, while an economic recovery is making factories consume a lot more electricity.

The price under long-term contracts is about 60% less than market coal prices. At the end of September, the main trading price of 5,500 kcal/kg thermal coal at major northern China ports stood at about 1,600 to 1,700 yuan ($248-$264) per ton, while Shenhua Group Corp, a state-owned mining and energy company, sold its thermal coals under long-term contracts at 677 yuan per ton.

Due to the large price gap, the implementation of additional long-term contracts with coal mines is not progressing as expected. Coal producers including Shenhua have only executed a small portion of their committed long-term contracts as it’s not easy to organize supplies because the market price is much higher than the contract price, a spokesperson for a state-owned thermal power plant in Jiangsu province told Caixin.

In response to the implementation problem, the NDRC issued a supplemental notice over the weekend, allowing coal mines that supply more than 80% of their output under long-term contracts to raise their price in the additional contracts to no more than twice of its original contract price.

Currently, coal producers mainly adjust their sales structure to achieve the long-term contract goal, such as cutting the proportion of coals sold in the market and reducing sales of coal used in metallurgy, chemical and construction industries, according a person at a major coal producer in Shanxi. “Now we are concentrating on guarantee supply for electricity,” said the representative, who spoke on condition of anonymity.