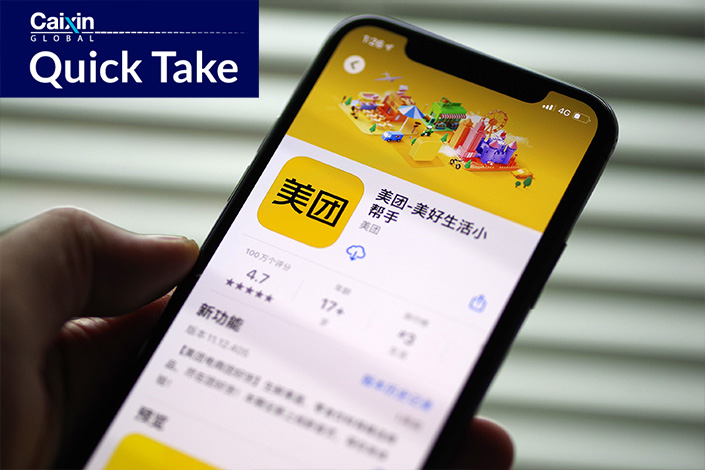 The fine, which was calculated as 3% of the company’s domestic sales for 2020, marks the end of a monthslong probe of the takeout delivery platform by the State Administration for Market Regulation (SAMR).

Meituan will also have to return 1.29 billion yuan of merchant deposits which were taken as part of exclusivity agreements that the regulator ruled unlawful.

The firm was also told to improve its commission mechanism, and to protect the interests of businesses on the platform and the rights of delivery drivers, according to a post on the SAMR’s official WeChat account (link in Chinese).

The detail: SAMR began investigating Meituan over abuses of its dominance over China’s online food delivery market in April.

The regulator found that since 2018, Meituan’s use of exclusivity agreements preventing merchants from hawking their food on rival apps amounted to “choose one of two,” a regulatory buzz-phrase synonymous with monopoly behavior in China. The arrangements were backed by a range of technical and punitive measures, the regulator found.

SAMR invoked Article 47 of China’s Anti-Monopoly Law, which entitles it to confiscate up to 10% of a firm’s revenue for the previous year.

Meituan’s 3% penalty was less both in value and percentage than a record 18 billion yuan fine handed to Alibaba Group Holding Ltd. in April, also for anti-competitive behavior.

The fine comes amid a muddle of concurrent regulatory crackdowns on China’s internet businesses which have spanned from financial risk and consumer privacy to data security and unfair business practices.