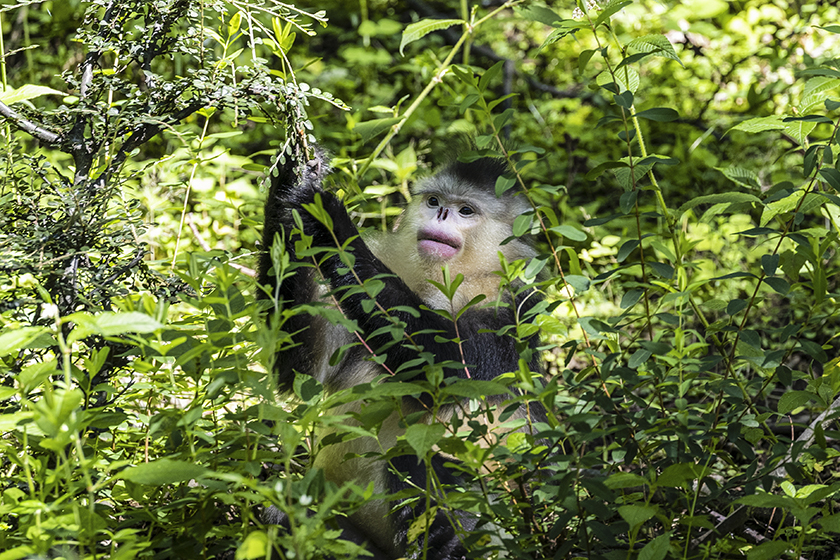 A Black snub-nosed monkey grabs a tree branch on Aug. 2 in a reserve in Southwest China’s Yunnan province. The black and white primate lives only in the province, making it also known as the Yunnan sub-nosed monkey. Photo: VCG 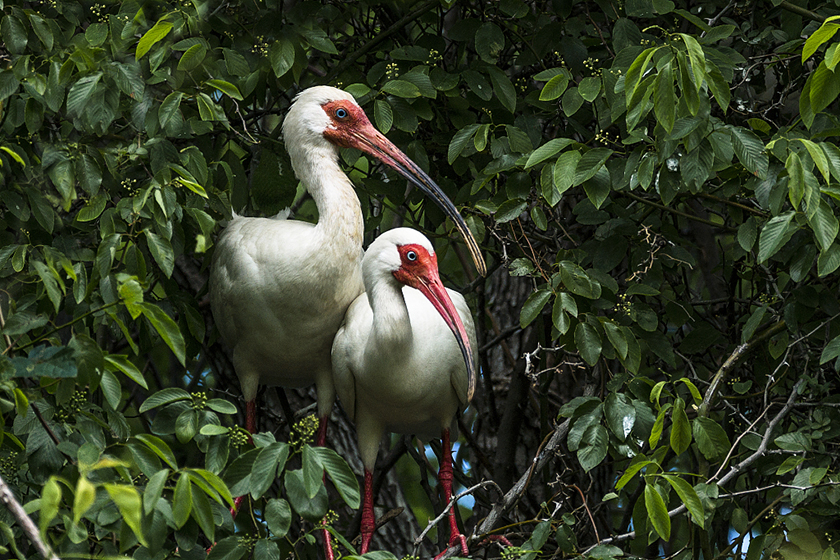 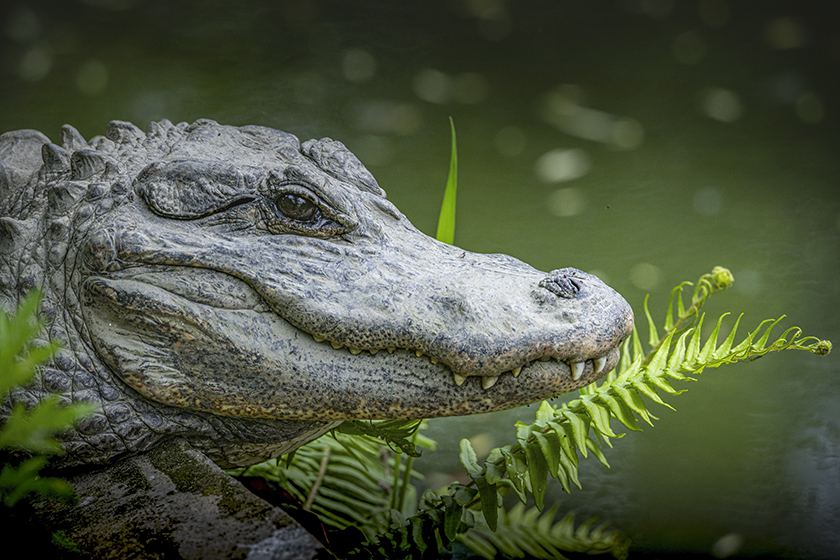 A Yangtze alligator lays on a riverbank on April 3 in Chengdu, Southwest China’s Sichuan province. The animal is found in only a small part of China and is an important subject for ancient reptile researches. Photo: VCG 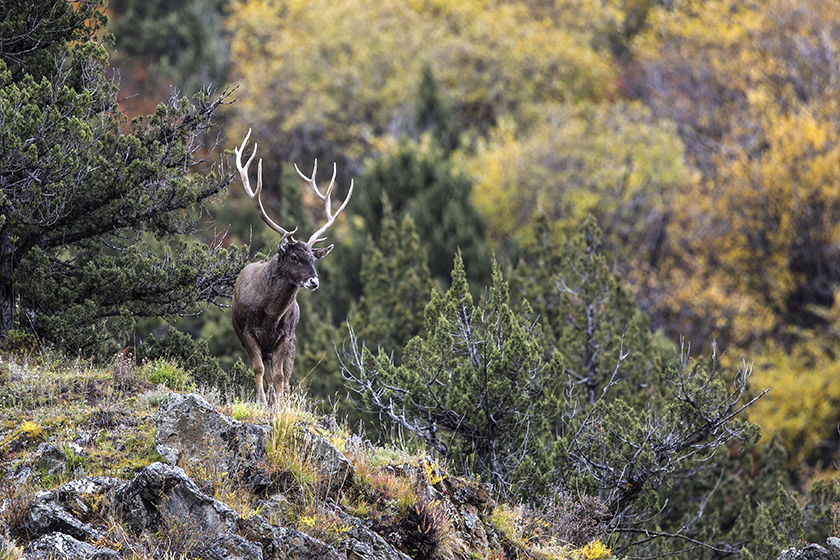 A Thorold’s deer walks on a mountain in the autumn. This threatened animal, also known as white-lipped deer, can be found in the high-altitude plateaus of northern China. Photo: VCG 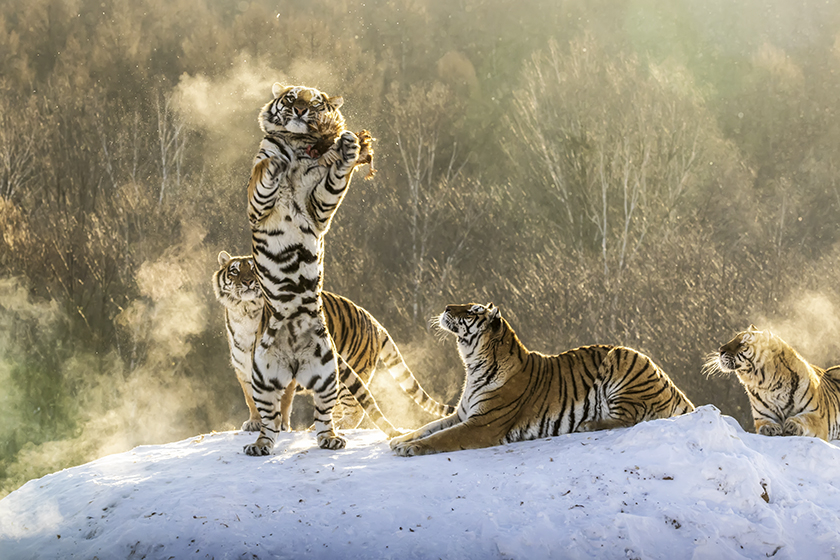 A Siberian tiger jumps to grab a chicken while others sit in a park in Mudanjiang, Northeast China’s Harbin province, in 2017. Photo: VCG 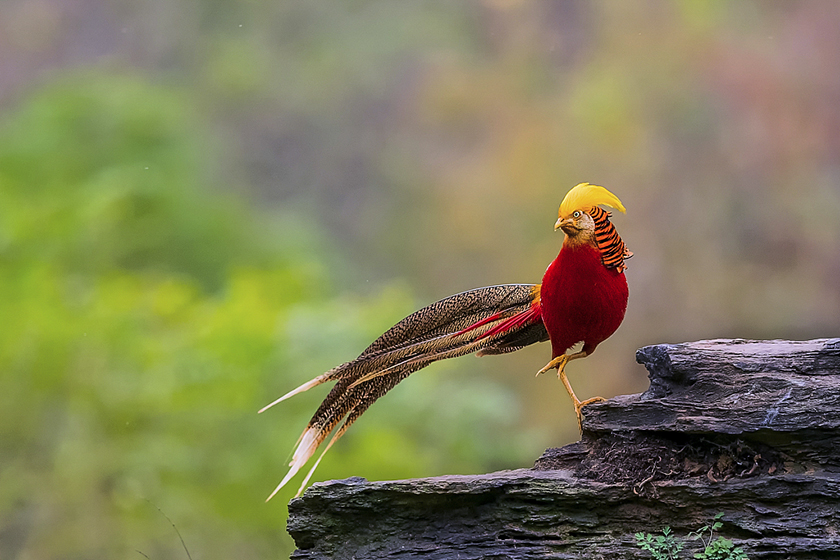 This golden pheasant majorly inhabits mixed coniferous, broad-leaved forests and shrubs at an altitude of 500 to 2,500 meters in southern Gansu and Shaanxi. It is a national second-level protected wildlife of China. Photo: VCG 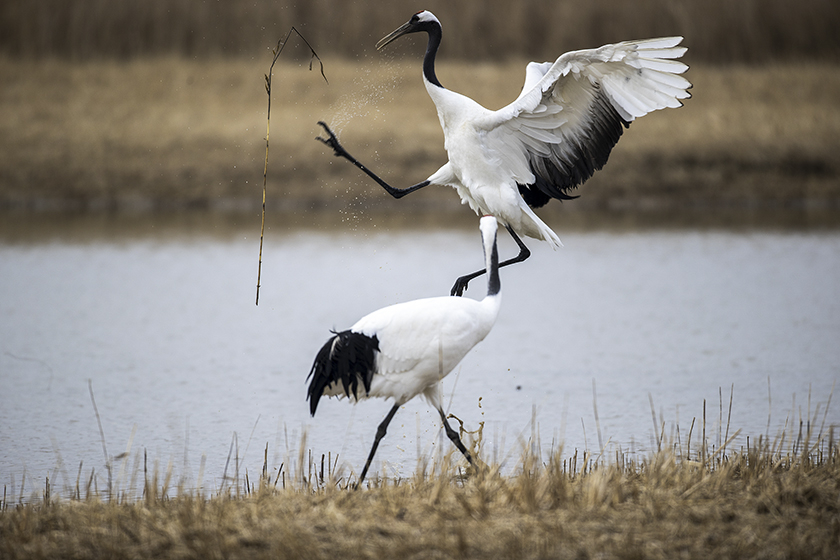 Two red-crowned cranes play near a river in a reserve in Yancheng, East China’s Jiangsu province, on Jan. 31. China has established over 18 natural reserves to protect this endangered bird. Photo: VCG 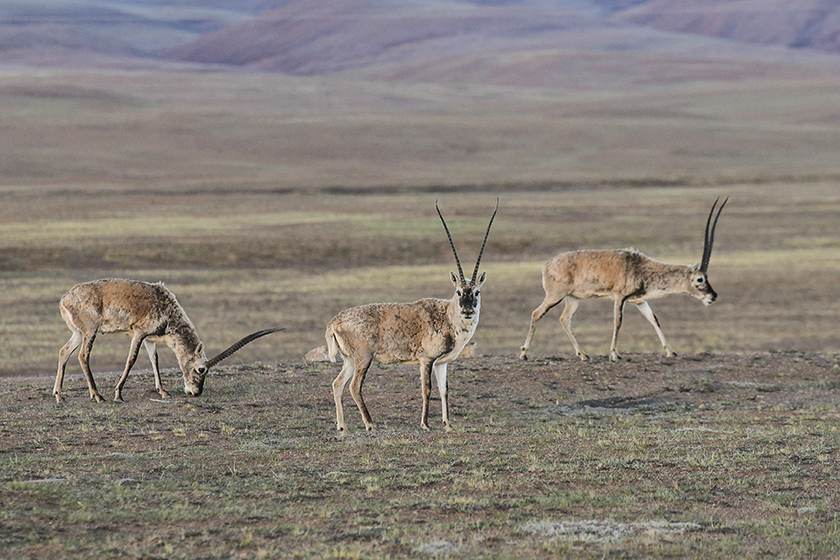 Three Tibetan antelopes eat grass on June 17 in Qiangtang Grassland of Tibet autonomous region. The number of the antelopes has increased to about 300,000 under years of protection, leading to a downgrade of the animal's protection level to near-threatened, according to authorities. Photo: VCG 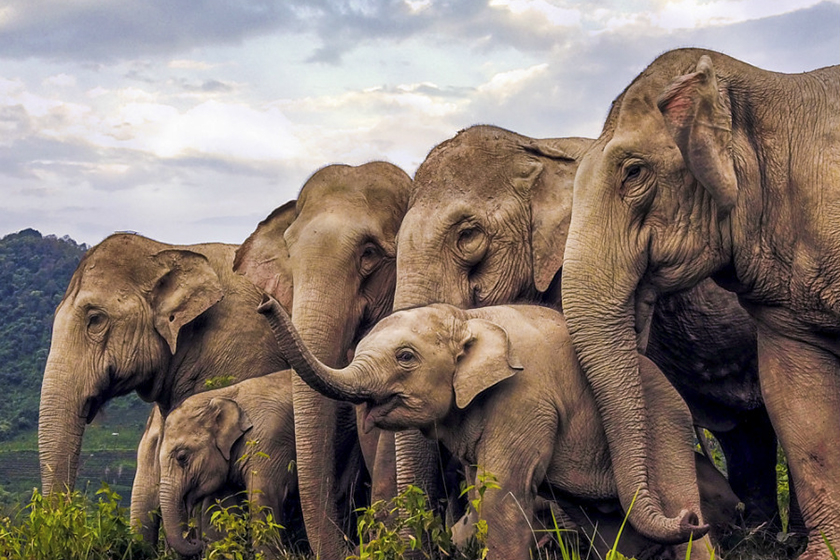 A group of Asian elephants walks on a grassland in the Xishuangbanna Biosphere Reserve of Yunnan. Photo: Courtesy of Forestry and Grassland Administration of Yunnan province. 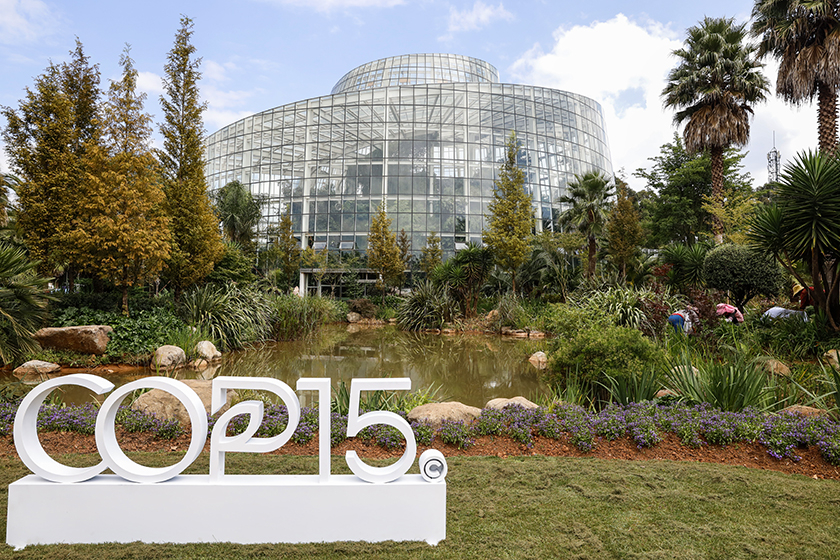 A logo of the U.N. Biodiversity Conference is placed outside a venue for the meeting in Kunming, the capital of Yunnan, on Sept. 26. The meeting started on Monday and will run until Friday. Photo: Li Jiaxian/China News Service, IC Photo