By Yang Yuqi and Denise Jia 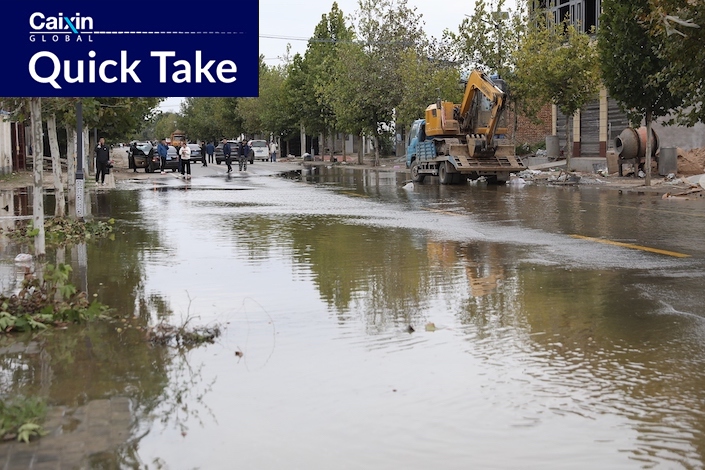 Two dams on the Luo River, a tributary of the Yellow River, overflowed over the weekend after the heaviest rains in nearly 60 years, flooding more than 80,000 acres of crop land and infrastructure and affecting 239,000 people.

The background: Floods have closed 60 of the 682 coal mines in Shanxi province, sending prices to record levels and hindering efforts by Beijing to expand energy supplies for the winter.

At the request of China’s state planner, the National Development and Reform Commission, Shanxi, Shaanxi and Inner Mongolia, the top three coal-producing provinces in China, pledged to supply 145 million tons of coal to power plants at a discount in the fourth quarter.

Since mid-September, several provinces suffered power outages and were forced to ration electricity. Record coal prices and relatively low government-set electricity prices mean that producers have been selling electricity below cost, which has greatly lowered the incentive to generate power. This, together with government-mandated cuts to coal mining capacity since 2016 and carbon reduction measures, slowed coal production while an economic recovery is making factories consume more electricity.