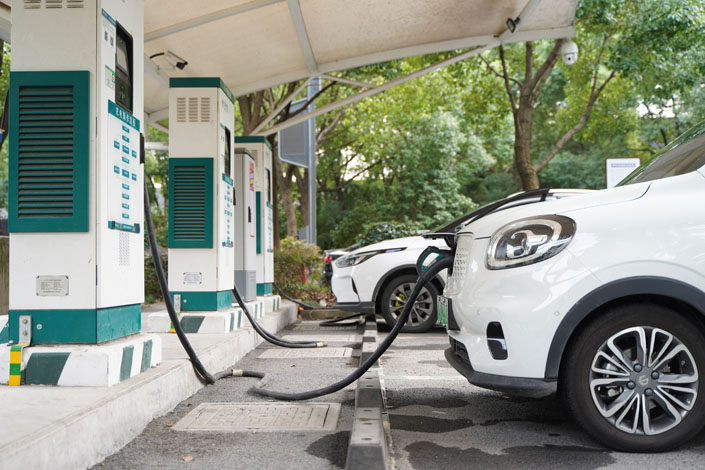 China will complete construction of six high-powered fast charging stations along the Beijing-Shanghai Expressway by year end in an effort to cut time spent by long-distance drivers powering up their electric vehicles (EVs), despite doubts that such chargers are a viable option and not widely used due to high costs.

The six stations are part of a demonstration project built by state-owned State Grid Electric Vehicle Service Co. Ltd, said an expert who spoke during an industry forum in Nanjing on Tuesday, but gave no more specifics. The expert did not want to be named due to the sensitivity of the project.

As popularity and sales of electric cars have soared over recent years in China, which is the world’s biggest market for the vehicles, companies have increased the pace of rolling out charging locations across the country.

China had roughly 1.947 million EV charging piles by the end of June 2021, representing a 47.3% increase compared to the cumulative number for the year-ago period, according to the China Electric Vehicle Charging Infrastructure Promotion Alliance.

As of June 2021, China had 6.03 million new electric vehicles (NEVs), with new registrations in the first six months surging 75% from the same period in 2019 to a record of 1.1 million vehicles, according to Ministry of Public Security data.

Despite the obvious need for more stations, a source from government-run power utility State Grid said building vehicle chargers on highways was “money wasting,” adding that only a very limited number of companies will do so due to cost concerns.

Indeed, nearly 82% of electric car owners chose to charge their cars at home and offices or with destination chargers, according to data provided by vehicle charger operator Wanbang Digital Energy Co. Ltd.

Additionally, most vehicle chargers along highways are built and operated by State Grid, said the source, adding that use of high-power fast chargers will also sap electricity from areas where power is in short supply.

In order to meet demand, the Chinese government has also encouraged the use of battery swapping stations, a model adopted by some carmakers such as Nio Inc.

In recent years, global electric carmakers have ramped up efforts to develop fast charging technology, including GAC Aion, the electric car subsidiary of China’s state-owned Guangzhou Automobile Group Co. Ltd. In August it unveiled a 480-kilowatt fast charger, which it said can charge its new SUV from 30% to 80% within five minutes.

The GAC Aion charger appears to have the edge over Tesla Inc.’s third-generation supercharger, which delivers a charging power of 250 kilowatts.

Liu Jie, vice president of a charger maker named Hangzhou Zhongheng Electric Co. Ltd., also cast doubts over the rationale of installing high-power chargers on highways, saying it will pose challenges to operators in terms of safety and cost control.

Companies operating high-power chargers on highways are finding it hard to earn a profit from the business due to low use, Liu said.

A 7-kilowatt alternating current charging pile, which is commonly installed in residential and office areas, can charge a fully depleted battery to 100% within 10 hours, while a direct current destination charger delivering a charging power of up to more than 100 kilowatts can fully charge a car within four hours, said Sun.

A high-voltage direct current charger of more than 250 kilowatts, which is usually used for emergencies, can fully charge a car within an hour, according to Sun.