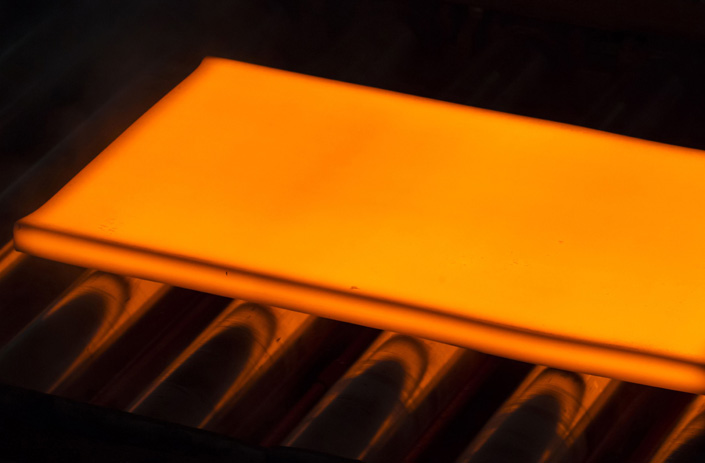 A hot steel slab moves along a conveyor of a plate mill at the Nippon Steel & Sumitomo Metal Corp. plant in Kashima

Chinese electric vehicle startup Li Auto began construction of its second plant in Beijing with an investment of more than 6 billion yuan ($930 million). The 100,000 vehicles-a-year plant is expected to start operation at the end of 2023.

The China Coal Transportation and Distribution Association (CCTD) projected that coal prices will fluctuate at a high level in coming months even as coal producers increase production. Demand will keep rising as power plants expand coal stockpiles, the association said. According to CCTD data, daily production of China’s key coal suppliers climbed 4.5% to 6.93 million tons in the first half of October.

About 600 wind power companies and 118 cities launched a “wind power partner action” Sunday, aiming to bolster wind power development in China. Under the plan, China plans to cut the cost of wind power to as low as 0.1 yuan ($0.016) per kilowatt-hour by 2025. The plan will also focus on promoting wind power in the countryside, building 10,000 turbines with 50 gigawatts of capacity in 5,000 villages over the next five years.

Contact editors Han Wei (weihan@caixin.com) and Bob Simison (hello@caixin.com)Download our app to receive breaking news alerts and read the news on the go.