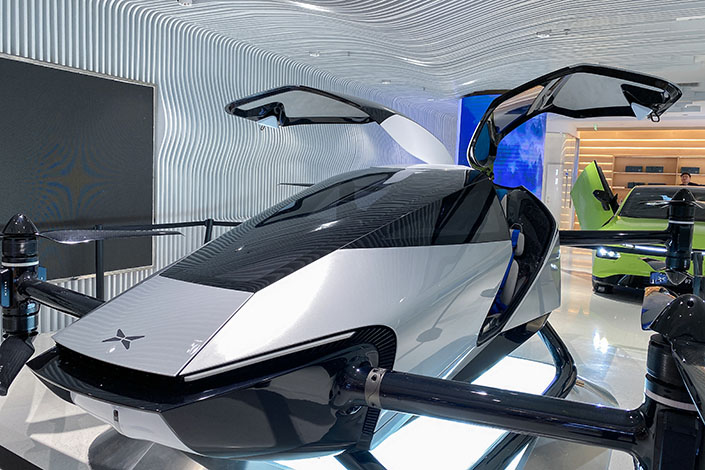 The lack of clear regulations for the use of air taxis in China has not fazed investors in HT Aero, an Xpeng-backed Chinese startup that develops electric vertical take-off and landing (eVTOL) vehicles, which have poured more than $500 million into the firm in a series A funding round.

Proceeds from the round, led by IDG Capital, 5Y Capital and Tesla wannabe Xpeng Inc., will be used to obtain an airworthiness certificate from regulators, boost research and development capabilities and recruit top talent, HT Aero founder and President Zhao Deli said in a statement Tuesday. Several other investors also participated in the round, including Sequoia China, Eastern Bell Capital, GGV Capital, GL Ventures and Yunfeng Capital.

The Guangzhou-based company did not disclose its valuation after the funding, which it said is the largest to date in the sector in Asia, in what is billed as a trillion-dollar market.

The fundraising effort comes as 8-year-old HT Aero, which has never sold a vehicle, delves into a new-generation model capable of running on roads and flying at low altitude, which is expected to be rolled out in 2024, according to Zhao. HT Aero, previously called Xpeng Heitech, is majority owned by Xpeng and its Chairman He Xiaopeng.

Since its inception in 2013, HT Aero has launched three models, with the latest one, called Xpeng X2, being rolled out earlier this year, according to its website. The firm said the drone-like two-seat X2 can fly at up to 130 kph at a height of 1,000 meters, is able to automatically take off and land in certain circumstances. However, a source at affiliate Xpeng said HT Aero has not officially started selling its products.

Unlike most eVTOL developers that mainly sell their products to corporate clients engaged in air taxi services, HT Aero said it is considering developing flying vehicles for individual consumers, which means it would need to overcome a range of hurdles including obvious safety issues, individual licensing and a lack of regulations on personal use of such vehicles.

At present, most flying-car makers deploy their vehicles on fixed-flight routes and remotely monitor and control them through their ground control centers.

Zhao has previously said that HT Aero was planning to build ground-based facilities for the monitoring, remote control and operations of its flying cars, which the company says can be used for passenger transportation, aerial sightseeing, police patrols and emergency rescue.

The move is similar to larger domestic rival EHang Holdings Ltd., which in April announced a decision to treat the operations of its own air mobility platforms equally as importantly as selling its self-flying vehicles to third-party clients. U.S.-listed EHang’s inclination toward a platform-oriented business model comes as it struggles to turn a profit from purely selling its products. The company said that it sold only three EHang 216 autonomous aerial vehicles in the second quarter of this year, compared with 16 in the same period last year.

Also, U.S.-based eVTOL developer Joby Aviation Inc., which is widely recognized as being closest to commercializing flying cars, has announced plans to establish an airline company to operate its own flying vehicles. Joby was taken public on the New York Stock Exchange in August through a “blank check” merger.

The fundraising by HT Aero reflects Xpeng’s increasing confidence in the future of the urban air mobility (UAM) market, which consulting firm Morgan Stanley predicted will be worth $1.5 trillion by 2040. “The investment in HT Aero will further accelerate the build-up of our ecosystem to integrate driving and flying,” Xpeng Chairman and CEO He said in a statement.

However, the UAM ambitions are far from becoming a reality as governments around the world are still in the process of studying the safety standards for flying cars, with no manufacturer yet obtaining an airworthiness certificate.