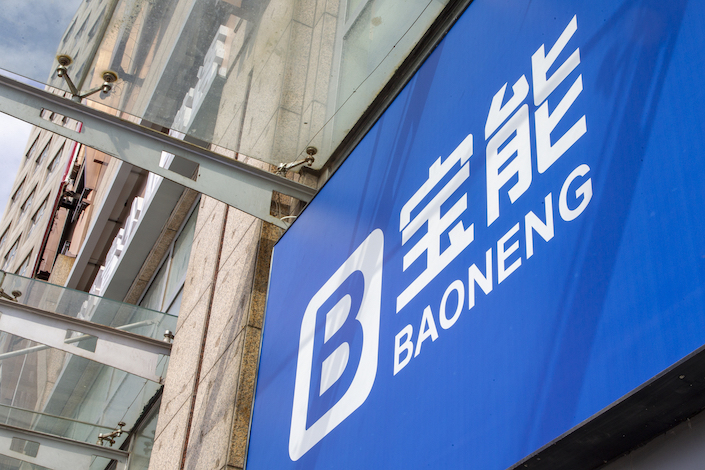 Shenzhen-based Baoneng had interest-bearing liabilities of 192.7 billion yuan ($31 billion) as of the end of September

Cash-strapped Baoneng Investment Group Co. Ltd. slapped “for sale” signs on a grab-bag of assets including an office building, a logistics park, plots of land and equity in financial companies in hopes of scraping up funds to shrink its $31 billion debt mountain.

Shenzhen-based Baoneng had interest-bearing liabilities of 192.7 billion yuan ($31 billion) as of the end of September, plus 30.8 billion yuan of debt guarantees it provided for other companies, according to a Tuesday filing by Shanghai-traded Jonjee Hi-Tech Industrial & Commercial Holding Co. Ltd., a company majority owned by Baoneng.

Baoneng put up eight projects in Shanghai, Shenzhen and Guangzhou for sale, aiming to raise more than 100 billion yuan ($15.6 billion), Jonjee Hi-Tech said in the filing. The projects also include an urban renovation project and commercial properties, Jonjee Hi-Tech said.

The filing didn’t identify the specific projects but said Baoneng has reached a sale agreement for one of them while the rest are under negotiation or seeking potential buyers. The asset sales are expected to generate about 20 billion yuan for Baoneng in the next three to four months, according to the filing. Jonjee Hi-Tech said there are uncertainties about the sales due to the massive size of the assets.

Founded in 1992 by Yao Zhenhua, Baoneng came into the spotlight for its capital crunch since the beginning of this year. The company faces employees demanding unpaid wages, suppliers clamoring for overdue payments and creditors seeking loan payments.

A person close to Baoneng said the company started asset sales since the beginning of the year to repay debts. However, some of the sales in Shenzhen haven’t gone smoothly as “investors don’t accept (Baoneng’s) evaluation on the projects and the current condition of the property market” that dampened companies’ desire to make purchases, the person said.

Nevertheless, Baoneng has made some progress in Guangzhou after a local government-backed company took over an office building and some stakes in Qian Hai Life Insurance Co. Ltd. from Baoneng. In June, the Guangzhou government also agreed to provide 12 billion yuan of strategic investment to Baoneng’s auto unit as a rescue. Caixin learned that 2.4 billion yuan of the investment fund arrived at Baoneng by early September.

With limited cash-generating businesses, Baoneng is likely to rely mainly on asset sales to repay its debts, analysts said. Several people close to the company said Baoneng paid annual interest of around 10% for its funding, meaning it faces nearly 20 billion yuan of interest payments per year. But the company’s main revenue source — property sales — generates only 10 billion yuan annually.

Jonjee Hi-Tech said Baoneng is pushing forward housing sales in several projects in Guangdong, Zhejiang, Yunan and Heilongjiang, which are expected to generate of 4.8 billion yuan in the fourth quarter.

“After these, Baoneng will have little left in its property inventory,” said a former employee of Baoneng’s property business.

According to Jonjee Hi-Tech’s filing, Baoneng had 830 billion yuan in total assets as of the end of September, including 430 billion yuan of assets after excluding consolidated financial assets and liabilities. As of Oct. 19, courts across China have issued 19 execution orders against Baoneng for debt disputes involving more than 18 billion yuan.

The filing also warned that Baoneng faces an immediate cash shortfall of about 20 billion yuan to repay wealth management products, construction contracts and other financial and business costs.