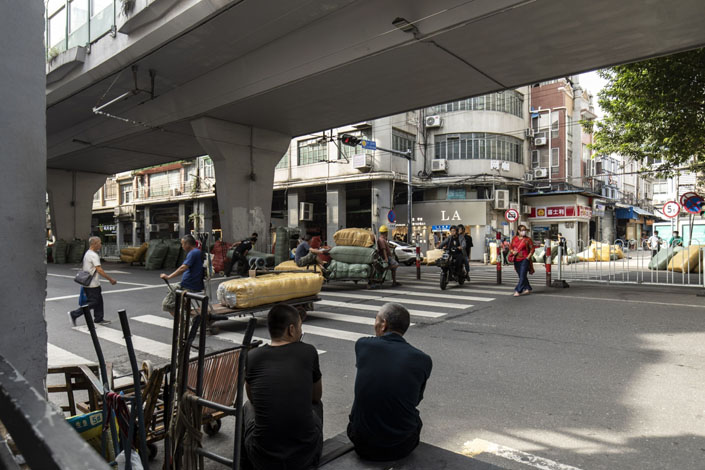 Economists downgraded their forecasts for China’s economic growth for this year after data Monday showed a weakening in the third quarter. Photo: Bloomberg

(Bloomberg) — China still has policy options to cushion an economic slowdown, according to Changyong Rhee, director of the International Monetary Fund’s Asia and Pacific Department.

While the world’s second-biggest economy remains on track to grow around 8% this year, Rhee expects that pace to slow in the years ahead given challenges that include deleveraging and an aging population.

“A slowdown of China’s growth is inevitable, you cannot grow close to 8% forever,” Rhee told Bloomberg Television’s Kathleen Hays in an interview. “We have to expect China’s growth rate will moderate.”

Economists downgraded their forecasts for China’s economic growth for this year after data Monday showed a weakening in the third quarter and signs there could be a further slowdown in coming months.

Rhee said the potential spillover to international capital markets from the crisis hitting China Evergrande Group appears to be limited, but the fallout may have a broader impact on China’s domestic economy.

For the Asia region more broadly, Rhee warned of a deepening divergence between those countries with high vaccination rates and those that are lagging, a gulf that is especially acute between advanced and developing economies.

How the Federal Reserve’s planned taper of its bond buying program impacts Asia largely depends on why it has to taper, Rhee said.

If the U.S. central bank is forced to respond due to robust economic growth, that will offset the negative impact of tapering or rising interest rates.

“But on the other hand, if the U.S. is raising interest rates due to a supply side shock and higher inflation, then I think the impact will be larger for countries with more external debt and domestic debt,” Rhee said.