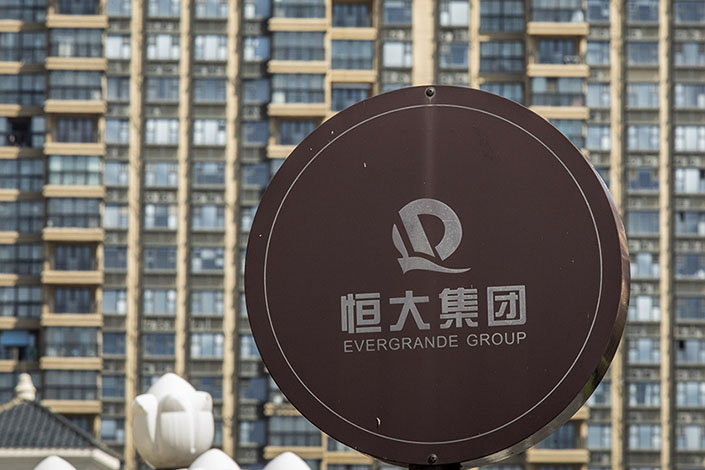 We estimate that the property sector could drive around 25% of China’s GDP growth via its direct and indirect channels, including second-round effects. Land and property-related sectors account for around one-third of total local government budget revenues, and “net” local land sales revenue contributed to 15% to 20% of total funding of infrastructure FAI. Housing market value is the most important part of household wealth (more than half at the macro level), with notable property wealth effects on household consumption. Given the importance of the property sector, the government would still not want a sharp property downturn, albeit with a higher tolerance for property slowdown.

Property policies have been tight in recent years despite some easing during the outbreak of Covid-19. China outlined its overall property policy stance of “housing for living, not for speculation” at the end of 2016. Since then, property policies have been generally tight and differentiated, although shanty town renovation and decent income growth have boosted housing prices in many cities. Shanty-town renovation already faded sharply in 2019-20. With downward pressure on growth from the Covid outbreak, China eased monetary and credit policies and relax property policies marginally at local levels in the first half of 2020, which supported property market sentiment and led to a strong property rebound. Property sales growth jumped to 11% in last year’s second half and 28% in the first half of 2021 (on low base), while property investment growth also picked up to 11% and 15%, respectively.

• Concentration rules of property loans to restrict banks’ lending to the property sector (mortgages and developer loans) at a ceiling limit of 40% of total bank loans for large banks, 27.5% for midsize banks, 22.5% for small banks, among others.

• Centralized land supply policy to allow 22 large Chinese cities to conduct local land auctions & sales in three batches only (April, July and October) rather than in many small batches like a year earlier, in order to cool the housing market by taming developers’ risk appetite and lowering the land auction price premium.

• Slower mortgage approvals and higher mortgage rates have been reportedly executed by some cities with over-heating risks, as their housing prices continued to rise in the first half of 2021 despite the tighter rules mentioned above. China’s average mortgage rate has edged up by 8 basis points since the fourth quarter of 2020 to 5.42% in the second quarter of 2021, and is set to increase further in the third quarter.

A new property downturn in underway. Recent new tightening measures and normalized property demand have added downward pressure to property activities that were already on a slowing trend, as property sales slowed and the financial conditions of some developers worsened. Following the notable weakness in the July-August period, we expect the ongoing property downturn to continue in the next couple of quarters. Our current baseline forecast — for an 8% to 10% year-on-year decline in both property sales and new starts and a 2% to 3% year-on-year decline in real estate investment in the second half of 2021 — faces more downside risk from an Evergrande spill-over effect. For 2022, we expect continued weak property activities, including a single-digit decline in property sales and new starts, with largely flattish real estate investment.

The end game for Evergrande is not yet clear, but spill-over effects are already emerging. UBS’s property team wrote about potential endgames for Evergrande, and it seems debt restructuring is unavoidable in the coming weeks and months. Potential spillover channels include: 1) tightening of credit conditions for other developers and suppliers; 2) disruption of suppliers’ ability to deliver housing projects; 3) negative impact on property market confidence and overall sales and construction, and 4) drag on production and investment in the entire property supply chain, especially construction materials. Our bank team has stress-tested banks’ loan books for a potential default by Evergrande, defaults by more high-risk property developers and a sharp property downturn, and concluded that risk to banks’ direct loan exposure is manageable. Of course, the impact would be larger if banks’ off-balance sheet exposure and indirect exposure from the property supply chain and local government debt are considered.

Our baseline forecast already assumes a modest property downturn (sales and new starts decline by 8% to 10%, and real estate investment declines by 2% to 3% in the second half of 2021) and China maintains property tight policies, but without any additional tightening or obvious easing. The latest development suggests more downside risk to the baseline, but the authorities have shown signs of response to limit the spillover effect as well, including reportedly ring-fencing the most-affected bank and asking banks to continue normal lending activity with developers. In a worst-case scenario of a serious contagion from Evergrande restructuring, new starts could decline by more than 20% year-on-year in the next two quarters and real estate investment could fall by 10% year-on-year, potentially dragging down China’s GDP growth by 1 to 2 percentage points in the next few months.

In a worst-case scenario, property investment could record a 10% decline in the second half of 2021 and an annual contraction in 2022. The peak-trough change would likely be still smaller than during 2014-15. The macro impact would also likely be smaller, partly because residential inventories (vs. sales) are relatively low compared to back then, especially in lower-tier cities. The spillover effect to upstream industries would likely be smaller, as excess capacity in industries (such as coal and steel) has come down significantly since 2015, as has their leverage. In particular, the average industrial capacity utilization rate is running at a record high of more than 78% as of this year’s second quarter, much higher than around 73% in 2016. China’s recent dual control of energy consumption and intensity has resulted in tight production controls and elevated prices in upstream sectors, hence underpinning a strong balance sheet and profits.

There is more policy support to come, but no 2015-16 style wholesale easing for the property sector. In the case of a sharp property downturn, we expect both fiscal and monetary policies to ease further toward the end of 2021, and with a delay, some modest adjustment in property policies as well. Much of more policy easing will likely be implemented only toward the end of the year or in early 2022, after more negative property data have come through. Policy easing would then pick up pace further in March and the second quarter of 2022, after tight Covid-related restrictions around the Winter Olympics have put more downward pressure on consumption and the economy. Nevertheless, we do not expect a 2015-16 style wholesale easing of national property policies. While reiterating its “no speculation” stance, we think the government may grant developers a longer transition period for meeting the “three red lines” rules, marginally ease developers’ access to the domestic bond market, speed up mortgage approvals and ease mortgage quota controls slightly, as well as ask banks to extend loan repayment for some developers and related suppliers. Local governments may ease property policies earlier, including on price controls and land supply, as well as increase investment in rental properties.