Wang Tao: Why Is China Suffering a Power Shortage? 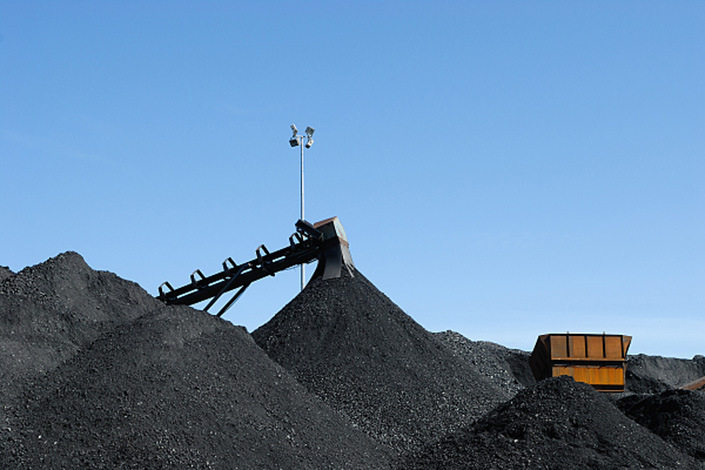 As China approaches the peak winter season for power consumption, the central and local governments have been reacting to the power shortage issue. Photo: VCG

China saw strong power demand as growth recovered from January to August, while hydropower production declined by 1% year-on-year, adding more pressure on coal-fired power production, which was up 12.6%.

Meanwhile, China faces pressure from a coal shortage, with domestic production only growing 4.4% while imports declined by 10.3%. UBS analysts estimate that the shortage may total 70-80 million tons by end-2021 if the coal supply doesn’t increase, and such a gap has lowered inventories and pushed up prices sharply.

On the other hand, market-driven surging coal prices but rigid and low on-grid power tariffs led to a significant profit-loss for most coal-fired plants, which exacerbated the power shortage further, as coal-fired power plants have low incentives to build up additional coal inventory and increase the power supply.

Keep in mind that, China’s industry, services and household sectors account for 67%, 16% and 15% of overall power consumption, respectively. In the first eight months of 2021, China saw a resilient growth rebound despite a notable slowdown in July and August due to flood shocks and Covid restrictions.

In particular, China’s exports grew 33.7% year-on-year and property investment rose 11% in the period, underpinning robust industrial production growth of 11.3% and industrial power consumption growth of 13.1%. In particular, high energy-intensity production such as steel, aluminum, cement, glass and ethylene grew by 5.3%, 8.3%, 8.3%, 11% and 25%, respectively. Meanwhile, the service sector revived from a low base, consuming 21.9% more power than a year ago. Residential power consumption grew 7.5%, in particular with notable acceleration from July to August, partly due to a hotter-than-usual summer. Overall, China’s total power consumption saw a strong growth of 13.8%, likely stronger than overall real GDP growth (12.7% in the first half, much lower in the third quarter).

Given the strong demand but weak supply, average coal inventory of coal-fired plants has declined sharply to 14 days, versus a historical norm of 22 days (coal-fired plants in eight coastal provinces had much lower inventory). It further made coal-fired power production more fragile and unstable than before, with more equipment overhaul.

UBS analysts estimate that China may see a 70 to 80 million ton cumulative coal shortage by end-2021 (2% of total coal demand), if there is no coal production increase or no power use intervention. Given the notably tight supply-demand balance, China’s thermal coal market price saw a sharp spike in the past months, rising from 950 yuan per ton in June to 1,000 yuan to 1,100 yuan per ton in the period and over 1,300 yuan per ton in September.

China has increased the coverage of long-term coal supply contracts for coal-fired plants, while however the average monthly contract price has followed the market prices closely and is only modestly below the latter. More importantly, although China has initiated a new power tariff scheme of “benchmark + floating (ceiling +10%, floor -15%)” since January 2020, the actual power tariff has only increased slightly in the past few months as the benchmark price has stayed largely unchanged.

Given the sharp spike of coal prices but limited increase of power tariffs, coal-fired power plants have been making a significant loss, as their breakeven coal price is estimated at 600 yuan to 800 yuan per ton.

This distortion has further exacerbated the power shortage, as coal-fired power plants have low incentives to build up additional coal inventory and increase power supply on top of the essential power production for basic economic activities.

As China approaches the peak winter season for power consumption, the central and local governments have been reacting to the power shortage issue. In particular, the National Development and Reform Commission announced various guidelines on Sept. 29 to stabilize power production and consumption.

Increasing coal production by releasing some “advanced” coal capacity. It may take some time to see the impact, as miners’ concerns about production safety and environmental rules linger and the record high coal prices may make miners reluctant to ramp up production aggressively. Increasing domestic natural gas production.

Increasing coal imports. It is possible that we’ll see continued acceleration of coal imports in the next couple of months following its uptick in July and August on low base, while it is still not clear whether China will resume coal imports from Australia or not. In 2021 so far, Indonesia accounts for 62% of China’s total coal imports, while Russia for 19%.

Securing residential power demand. This means if the power shortage still persists, local governments are likely to suspend supply temporarily for some industrial and commercial users (especially those high energy-intensive sectors) to ensure the power supply for household livelihood (15% of total power consumption).

Adjusting power tariffs based on the current price scheme. More cities are likely to increase on-grid power tariffs modestly for power plants based on the pricing scheme of “benchmark + floating,” which should help narrow the profit loss for coal-fired plants. Most changes should be driven mainly by the floating component, while the government may still hold the benchmark power tariff unchanged.