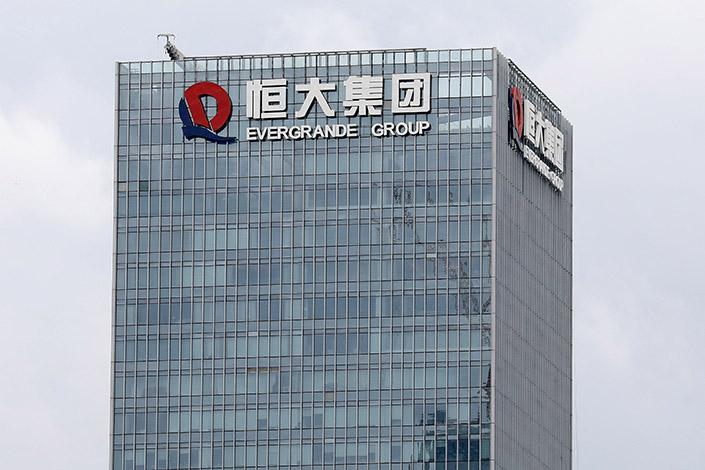 We think it will be difficult for Evergrande to meet its liabilities. Project delivery will be the most important thing from a social stability point of view. Hence, homebuyers and suppliers are the most important stakeholders. We think a possible scenario is the segregation of project companies from the rest of the group to ensure the asset value is materialized and cash flow is used for project construction only, whilst we expect a debt restructuring with a haircut will be needed.

For the sector, we expect rising concerns on property delivery and refinancing for the other developers. We estimate there are 10 developers with potentially risky positions with a combined contract sales of 1.86 trillion yuan ($287 billion) — totaling 2.7 times that of Evergrande.

What’s the end game for Evergrande?

Signposts ahead: The establishment of a debt restructuring committee, segregation of project companies, asset disposals (Evergrande Property Services, its Hong Kong and Guangzhou headquarters, urban redevelopment projects) and an SOE or local government stepping in to supervise project construction.

We view property as a sector based on trust from homebuyers, banks and suppliers. If there is no government relaxation on the property sector, we think homebuyers could become more skeptical about other developers’ capability to complete their properties. Banks and bond investors could be more skeptical about lending or rolling over debt. The recent Evergrande issue has caused high-yield bond prices to fall, causing difficulties for other developers’ refinancing. Suppliers could demand cash payment instead of receivables. A worse situation is falling property prices which means even less demand, which feeds into a negative feedback loop.

Who could be next after Evergrande? Assuming no relaxation, we expect more developers may default. We look at bond maturity profile, leverage and off-balance sheet debt to gauge which are the companies with rising liquidity risks. We estimate there are 10 developers with potentially risky positions in terms of their liquidity amid slowing contract sales or they’re unable to refinance their debt. Those 10 developers’ contract sales amount to 1.86 trillion yuan, or 2.7x of Evergrande’s.

From the macro perspective, our current baseline case assumes the government maintaining the current relatively tight property policy stance in the next few months, with no additional tightening or any obvious easing. In this case, we expect overall property activities to weaken further in the rest of 2021, with property sales declining by 8% year-on-year and property new starts shrinking by 8-10% year-on-year in the second half of 2021, and both declining by low-mid single digits in 2022. Real estate fixed asset investment (FAI) would decline by 2-3% in the second half of 2021, with whole year growth at 5-6% before dropping to flattish growth in 2022. This baseline assumed an orderly resolution for Evergrande with very limited spillover effect on the rest of the property sector and economy at large.

However, as described above, the chance of such a scenario for Evergrande has declined and spillover has already started to emerge, though we still expect the authorities to act to limit the spillover effect and avoid a credit crunch.

There are several key spill-over channels from the Evergrande case. First, other property developers would face increasing costs of credit and harder access, as banks and bond investors seek to contain related risk, which could intensify cash flow issues for these developers. Both offshore and onshore bond markets have already reflected this contagion effect. Second, Evergrande’s failure to honor payables to its thousands of suppliers (950 billion yuan as of the first half of 2021) would worsen suppliers’ financial condition, disrupt their supply to the market and increase their risks of default. Third, housing price cuts by Evergrande, followed by other developers, may lead to weaker market sentiment and property sales, which may feed into slower new starts and investment. Fourth, some developers and related suppliers may need to cut jobs or lower wages, leading to softer household consumption. Finally, property-related sectors including construction materials would see weaker demand and lower production, with some delay.

The worst-case scenario could lead to a sharper decline in property activity and lower GDP growth. In the case of a worst-case Evergrande outcome leading to major spillover effects through the above channels, China’s total housing new starts could decline by 20% year-on-year or more in the next 6 months, and real estate FAI could drop by an unprecedented 10% year-on-year during this period. In such a case, property FAI growth would average 3% for 2021 and may record a sharp contraction in the first half of next year partly due to the base effect. Property FAI accounts for 24% of total FAI as of 2020 and we estimate that property sector contributes to almost a quarter of China’s GDP if both direct value added and indirect contribution (through other sectors including construction material, appliances, services etc.) are included. This means a sharper property downturn could drag down China’s GDP growth by one or two percentage points in the next few months, with growth possibly falling below 3% year-on-year in the fourth quarter (versus our current baseline of 4% year-on-year).

However, the macro impact would likely be smaller than the 2014-15 property downturn. Although property FAI could record an annual contraction in 2022, the peak-trough change will likely be smaller than during 2014-15, when property investment slowed from about 20% in 2013 to 1% in 2015. This is partly because residential inventories are relatively low compared to back then. More importantly, the spillover effect to upstream industries will likely be smaller, as excess capacity in industries such as coal and steel has come down significantly since 2015, as has their leverage.

Bigger downward pressure is likely to lead to more fiscal and monetary policy easing. In the case of a sharper property downturn and in light of weak consumption recovery, we expect fiscal easing to pick up pace. Local government bond issuance will likely accelerate, some local government bond quotas and new projects from next year may be brought forward, and controls on local government financing vehicles may become less tight, all helping to support a more notable infrastructure investment rebound to over 5% year-on-year growth (versus our baseline of 2% year-on-year) in the coming months. The PBOC will likely increase liquidity offerings and cut reserve requirement ratios again to ensure ample liquidity and keep market rates low, and banks will likely be persuaded to increase lending, including on mortgages, and extend loans for some troubled sectors. Deleveraging related credit and regulatory policies may be relaxed at the margin, leading to a more pronounced credit growth rebound at end 2021 and early 2022 than we currently envisage. In addition, decarbonization related production cuts may also be relaxed. However, much of such notable policy easing (except local government bond issuance) will likely be implemented only towards end year or early 2022, after more negative property data have come through. Policy easing would then pick up pace further in March and the second quarter of 2022, after tight Covid-related restrictions around the Winter Olympics have put more downward pressure on consumption and the economy.

Given the importance of the property sector in the overall economy and stability of the financial system, we think property new starts declining by 20% and real estate FAI falling by 10% year-on-year for a few months would likely lead to the government adjust property policies as well, though we do not expect a 2015-16 style de-stocking campaign or a wholesale easing of national policies. While reiterating “housing is for living, not for speculation,” we think the government may grant developers a longer transition period for meeting the “three red lines” of debt reduction, ease developer access to domestic bond market, and ask banks to extend loan repayment for developers and related suppliers. Local governments will likely ease property policies earlier, including on price controls and land supply, while increasing investment in rental properties.

Wang Tao is the head of Asia economics and chief China economist at UBS Investment Bank. This article is the first part of an analysis on Evergrande.