Wang Tao: How Sharp Will China’s Property Downturn Be in 2022? 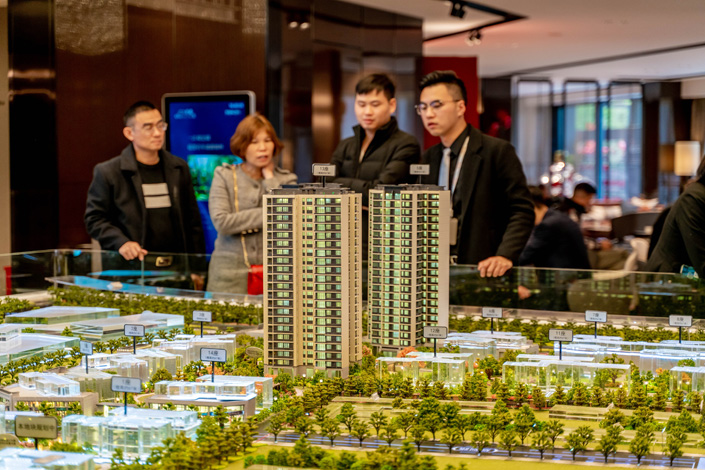 Property activities are slowing sharply due to waning fundamental support for underlying demand. China’s urbanization is slowing as over 75% of employment is now in nonfarming sectors and fewer new migrants are coming to cities each year. Population in the main home-buying cohort (age 25-44) has been declining. Urban home ownership is estimated to be over 90% with average living space per capita reaching 40 square meters in 2019. Shantytown housing has been largely replaced by about 50 million units of new ones in the past decade. While investment demand has been increasingly important, over half of household wealth is already in property, and household debt, dominated by mortgage debt, has also climbed to 100% of disposable income. China’s super urbanization-property cycle is behind us.

Concerned about property bubbles and related macrofinancial risks, the government adopted an “no speculation” stance in 2017 and did not stimulate the property sector in the face of the pandemic shock in 2020. As the economy recovered strongly in the second half of 2020, the government tightened property developer credit. Policy on prices and mortgages tightened from the second quarter this year as property activities and prices climbed further. Such tightening and fading of post-Covid housing rebound led to weakening of new starts first, followed by sales and real estate investment.

More recently, the debt troubles at Evergrande, China’s largest developer, effectively helped to shut off other developers’ access to offshore financing and made both credit conditions and market sentiment worse for the sector. The latest UBS Evidence Lab China housing survey recorded the weakest home purchase intention on survey record since 2015, with only 11% planning to buy a property in the next two years.

We expect no change to the “no speculation” stance, but some policy easing to help stabilize the property sector. Given the leadership’s determination to contain property related imbalances and risks, we believe the government’s tolerance for a property slowdown has increased. However, the property sector drives 25% of the economy via direct and indirect channels and one-third of local government revenue is linked to it, are as much as half of total bank loans. We think the government would want to limit the negative impact on the economy and financial sector from a sharp property downturn. Regulators have reportedly asked banks to ease on mortgage lending slightly and continue issuing loans to developers.

In addition, the central bank has increased liquidity to the market and local governments have been asked to help prioritize property project delivery. We expect some gradual and modest property policy easing in the coming months, likely more apparent in early 2022 after property activities have contracted sharply for a few months. Additional policies could include land policy adjustments, increased rental construction, and easier credit access. We do not expect 2015-16 style large scale property subsidies or wholesale credit stimulus.

Property sales and new starts to decline by 15% or more in the fourth quarter and around 10% in 2022, though impact on economy likely smaller than in 2015-16. Despite recent marginal easing, the impact of earlier policy tightening is still coming through, market sentiment has cooled, and developers’ credit access remains very limited. Sales and new starts will likely fall more year-on-year in the first quarter of 2022 due to high bases, but should narrowly decline after the second quarter and possibly stabilize year-on-year in the second half, leading to a full year decline of around 10%.

Property investment is expected to fall by 5% or more in the fourth quarter this year, and by 4-5% in 2022, somewhat cushioned by expected rental construction. We see this round of property downturn as being more modest than in 2015, as property inventories are lower now, and the spillover effect on upstream sectors (such as steel and coal) is likely smaller as the excess capacities and leverage there have both declined significantly. In 2023, property activities should be more stable, with sales volume and starts stabilizing, property investment growing by 0-2%. By the end of the decade, both sales and starts are likely 20% lower than 2020 level.

For banks, UBS banking team estimates that 15% of property related loans (direct exposure) going bad could directly lead to an 80 basis point increase of banks’ overall non-performing loan (NPL) ratio, which is manageable given banks’ >220% of provision coverage for NPLs. However, around 50% of bank loans are exposed to the property sector (including direct exposure and loans collateralized by land and property), so the overall impact on banks could be larger, though can be managed through regulatory forbearance and liquidity support. Meanwhile, the wealth impact of property downturn on consumption should be limited since there are relatively few home equity loans and prices have gone up multiples in the past decades.

There are both upside and downside risks to the property sector. In the case of a significant resurgence of Covid or other external shocks, the government will likely ease monetary and credit policies more notably, improving property market financial conditions and market sentiment. This could lead to a milder decline in property activities in 2022. Downside risks could arise from policy tightness and spillover effect of other policies including unwavering tight control on mortgage and developer financing, insufficient liquidity provision or allowing banks to withhold credit to the property sector.

A weaker overall economy and income growth could reduce affordability and demand, land reform and rollout of property tax pilots could affect market expectations and sentiment, and local government financing gap may reduce support from rental construction and infrastructure investment. In this case, property sales and starts could decline by 15-20% in 2022, leading to more than 10% decline in real estate investment and GDP growth dropping to 4% or lower. It is unlikely that all these risk factors could materialize, given that the government has already decided to start a 5-year property tax pilot in a few cities instead of rolling out a nationwide tax soon, and that some easing on mortgage and increase of liquidity have already started.