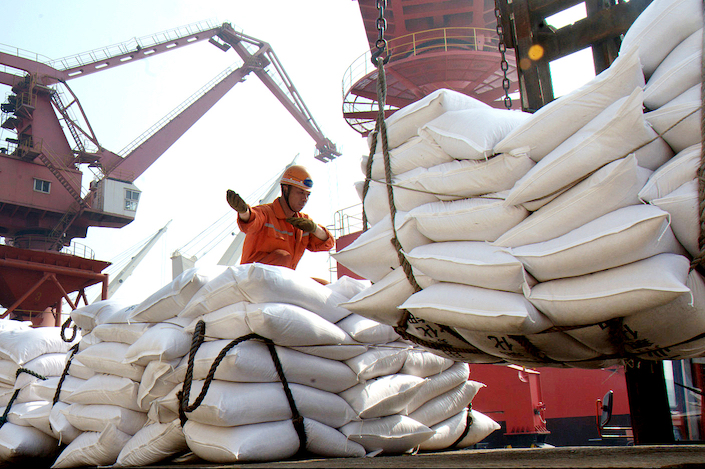 China’s top economic planner is reviewing potential interventions in the coal market as central government departments and local authorities roll out measures to tamp down high prices that are threatening energy security and economic growth. The National Development and Reform Commission (NDRC) has “zero tolerance” for those spreading false information or engaging in market collusion, the commission said Tuesday at a meeting. The NDRC dispatched an inspection team the next day to China’s main coal transportation port at Qinhuangdao.

China’s thermal coal futures fell by the limit in overnight trading following the Tuesday meeting, ending a surge in which the fuel more than doubled since the beginning of September amid blackouts and power restrictions.

Coal supplies increased as China expanded coal production to ease the national power shortage. Coal stockpiles at key power plants rose by more than 10 million tons from last month, according to data from the National Development and Reform Commission. Inventories in northeastern regions rose by more than 5 million tons, enough to support 24 days of operation.

China to foster consolidation in rare earth and logistics sectors

China will promote business consolidation in the rare earth minerals and logistics sectors to create world-class market players, an official of the State-owned Assets Supervision and Administration Commission of the State Council (SASAC) said Wednesday. Leading companies in the sectors will be combined, the official said.

A photovoltaic project with capacity of 2 million kilowatt-hours started construction in northern China’s Ningxia province. Owned by China Energy Investment Corp., the project involves an investment of more than 10 billion yuan ($1.6 billion) and is expected to save 960,000 tons of coal each year that if burned would emit 2.62 tons of carbon dioxide, the main greenhouse gas causing climate change.