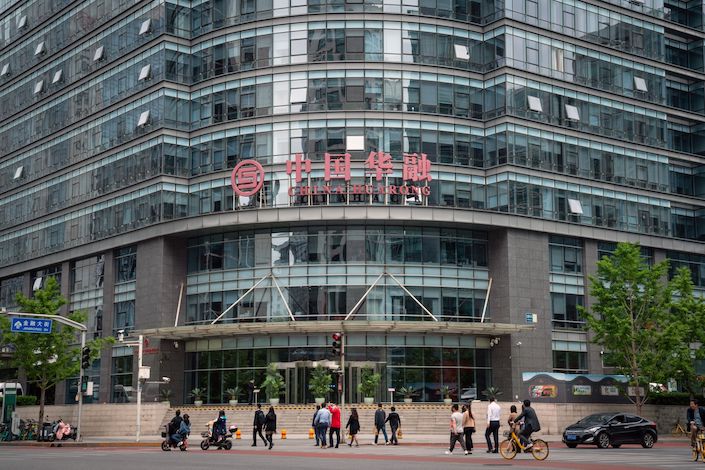 Shareholders passed resolutions to extend the period in which it can issue the remaining 10 billion yuan ($1.6 billion) of its capital bond quota and grant the board a mandate to issue up to 20% of outstanding shares, Huarong said in a filing Thursday after the meeting at its Beijing headquarters. They also agreed to sell a 72% stake in the securities unit and raise as much as 70 billion yuan by selling bonds on the nation’s interbank market.

The state-owned bad asset manager secured a rescue package in August from some of the nation’s biggest financial companies, including state-owned conglomerate Citic Group. After a long delay in releasing its 2020 earnings that spooked investors, Huarong disclosed a record loss of $15.9 billion and an 85% plunge in shareholder equity. Its plight became the biggest test in decades of the willingness by the government to support state-owned borrowers as overall debt defaults hit records.

If implemented, the strategic investment will replenish Huarong’s capital, consolidate its foundation for sustainable operations and ensure it meets regulatory requirements, Huarong said in late August. No details have been announced so far. Huarong may receive about 50 billion yuan in fresh capital as part of an overhaul plan, people familiar with the matter have said, adding that control of the company would shift to Citic, though details were still being finalized and could change.

Trading of Huarong shares will remain suspended, according to the statement.

Huarong’s fate has been the subject of intense speculation, though it has so far paid all its bonds on time. In addition to its close link to China’s central government and complex web of connections to other financial institutions, Huarong is also one of the country’s biggest issuers of offshore bonds that sit in portfolios from Hong Kong to London and New York.

Huarong bonds have recovered most of their value since late August. Its 5.5% note due 2025 traded above par as of Thursday, compared with a record low of 62.3 cents on the dollar in April.

The bad-debt operations later expanded beyond their original mandate, creating a labyrinth of subsidiaries to engage in other financial businesses and borrow billions from the bond market. Huarong was the most aggressive of the four under former Chairman Lai Xiaomin, who was executed in January for crimes including bribery.