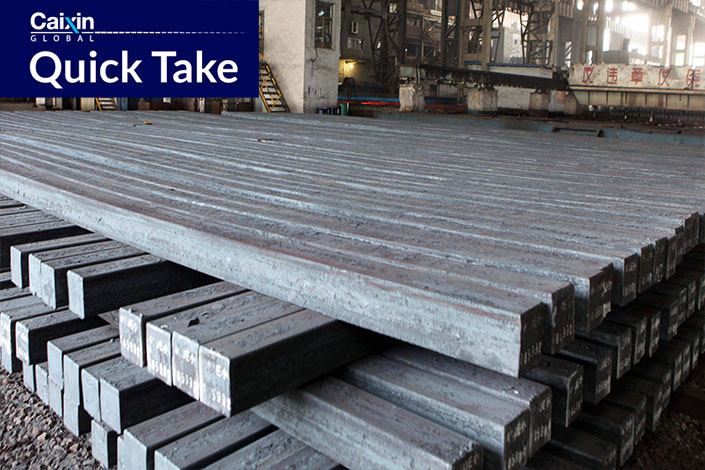 What’s new: In line with official targets, China’s annual steel output is expected be lower this year than in 2020, the China Iron and Steel Association said at a press conference.

The average daily output of crude steel was down 21.2% year-on-year in September at around 2.5 million tons, National Bureau of Statistics figures indicated.

If output remains at this level in the fourth quarter, total annual production will likely be down about 30 million tons to just over 1 billion tons, said Wang Yingsheng, the industry association’s deputy secretary-general and chief economist, at the Monday press conference. If that is the case, the industry would successfully meet the government’s target of decreasing annual output year-on-year.

Unlike last year, when output bottomed out in the first four months due to Covid-19, this year output started at a higher level and declined gradually during the second half, Wang added.

Background: China has sought to rein in the steel industry for several years. Since 2017, steelmakers have had to show that plans to add capacity must include the retirement of a comparatively greater amount of existing capacity.

This has risen up the political agenda since last year, when the country announced its plans to peak carbon emissions by 2030 and achieve carbon neutrality by 2060. The steel sector accounts for about 15% of the country’s carbon emissions.