By Wang Xintong and Fan Qiaojia 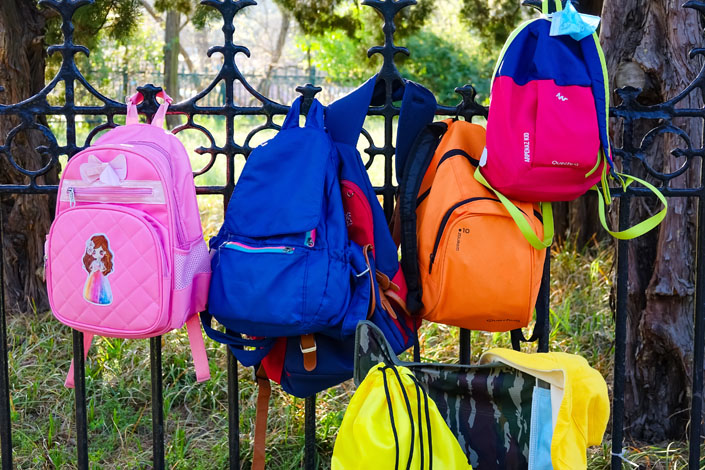 The ministry’s reports came just over a month after Chinese regulators required after-school institutions that teach core curriculum subjects to register as nonprofit entities by the end of this year. Photo: VCG

The number of tutoring institutions doing business has fallen in several pilot cities, including Beijing and Shanghai, according to a string of recent reports released by China’s Ministry of Education, illustrating the impact that a national crackdown is having on the after-school education industry.

In Beijing, tutoring institutions of all kinds have suffered a 60% drop (link in Chinese) in their numbers since July, when the central government launched its “double reduction” policy, which aims to take some of the stress off overburdened elementary and middle school students by reducing the amount of homework and after-school tutoring they have to do.

The number of unlicensed institutions that offer classes covering core curriculum subjects in the capital has fallen by 98%, with such institutions completely eliminated from 12 of the capital’s 16 districts, according to the ministry.

In addition, the city has levied more than 15 million yuan ($2.4 million) in fines against institutions that were operating illegally.

In Shanghai, the number of after-school curriculum-based tutoring institutions has fallen by 21.7% since July, with 35,000 fewer people now working for such institutions, the ministry said.

The ministry’s reports came just over a month after Chinese regulators required after-school institutions that teach core curriculum subjects to register as nonprofit entities by the end of this year. Since July, the country has made several changes to its education system, including the bans on for-profit tutoring and weekend and holiday tutoring, as well as the cancellation of written exams for all first and second graders.

In order to help after-school tutoring intuitions make the year-end deadline, Beijing has established a system under which multiple government departments are working together to help them complete the registration process, the report said. Amid the education system overhaul, the city has provided jobs to more than 220,000 former employees of the affected institutions.

In addition, Beijing has rolled out norms to clarify the standards for running a tutoring institution, the report said.

The city has also selected 200 schools to pilot a new “double teacher” model that allows students to attend classes both online and in person, with schools in the outer suburbs adopting the model for at least 20% of their class hours.

Local authorities are considering offering childcare services during summer vacations in a bid to take pressure off parents, the report said.

The education authority also noted that other cities have made progress testing out the “double reduction” policy, including Shenyang, Guangzhou, Chengdu, Zhengzhou, Changzhi, Weihai and Nantong.

The central Chinese city of Zhengzhou has shut down 2,612 after-school tutoring institutions (link in Chinese) this year, accounting for roughly half of the total, according to another one of the ministry’s reports.