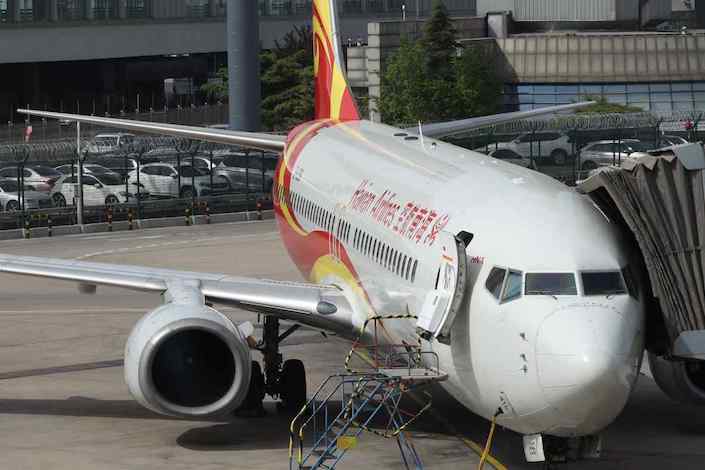 Much attention has focused on the fate of Hainan Airlines in particular, a key carrier providing extensive service in southern China and beyond

(Nikkei Asia) — HNA Group took a major step forward over the weekend in what is believed to be China's largest bankruptcy case as creditors greenlighted an investment by a lesser-known conglomerate that has been involved in a series of turnarounds.

At 1.1 trillion yuan ($172 billion), HNA's debt dwarfs that of China's other high-profile bankruptcy cases, including Baoshang Bank's roughly 200 billion yuan and Tsinghua Unigroup's 160 billion yuan. Despite recent progress, the conglomerate is expected to continue facing an uphill battle in its restructuring process, especially with core unit Hainan Airlines still suffering from the coronavirus's impact on travel.

Much attention has focused on the fate of Hainan Airlines in particular, a key carrier providing extensive service in southern China and beyond. Its rehabilitation plan hinges on a cash infusion from a strategic investor, with the carrier naming Liaoning Fangda Group Industrial as its choice.

The group is expected to become the leading shareholder in Hainan Airlines as part of its 38 billion yuan investment, Chinese media reported.

Fangda is an industrial conglomerate with operations in carbon, steel and more, and it has several publicly traded units including Fangda Carbon New Material and Fangda Special Steel Technology. It has also invested in and helped rehabilitate a number of troubled companies in the past.

The conglomerate employs more than 60,000 workers, with revenue and assets both topping 120 billion yuan in 2020. This will be its first foray into the aviation sector.

Still, relatively little is known about Fangda's inner workings. Founder Fang Wei rarely appears before the media and is far from a household name.

Born in the 1970s, Fang got his start by dealing in scrap steel in Liaoning Province, according to The Beijing News. Eventually making a fortune through acquiring mining rights for iron ore, he established Fangda around 2000, and the group acquired a struggling carbon materials maker in 2002. It has since continued to snap up major corporations, earning a reputation as a "snake that swallows elephants."

As the group grew through acquisitions, Fang was chosen as a representative for the National People's Congress in 2013, later losing his membership over a bribery allegation.

Despite Fangda's war chest and track record, there is growing concern over the group's ability to stabilize Hainan Airlines. Demand for travel has yet to recover fully from the coronavirus pandemic, and the carrier suffered a net loss of 880 million yuan in the January-June half.

Shadows also loom over HNA Group, which holds roughly 70% of the groupwide debt and has assumed part of the obligations of Hainan Airlines and other units. The company's assets include hotels and listed companies. But much of its holdings are believed to be in the form of shares in aircraft leasing company Avolon Holdings, which, like Hainan Airlines, is vulnerable to downturns in the aviation sector.