By Wang Juanjuan and Manyun Zou 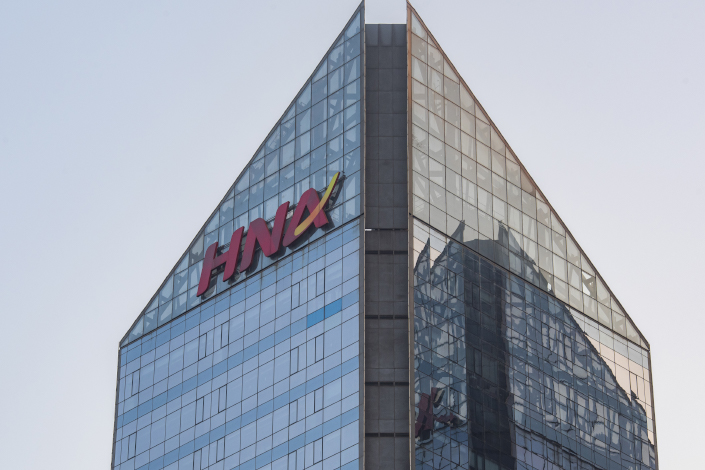 Debt-plagued Chinese conglomerate HNA Group Co. Ltd. has disclosed a plan to repay less than half of the billions in debt claims creditors have sought from its airline business, after the unit secured a strategic investor earlier this month as part of its bankruptcy restructuring.

Under the tentative plan, Shanghai-listed Hainan Airlines Holding Co. Ltd. (600221.SH) and 10 affiliates will repay 161.3 billion yuan ($25 billion) of the roughly 400 billion yuan sought by 4,915 creditors, according to a statement (link in Chinese) filed Monday to the Shanghai Stock Exchange.

Under the plan, creditors will be paid no more than 100,000 yuan in a one-time cash payment, while parent HNA Group and other related firms will be responsible for paying two-thirds of remaining debts, with the final third disbursed by Hainan Airlines under a debt-for-equity swap, with shares priced at 3.18 yuan.

The plan was approved at an investors meeting held by Hainan Airlines and its affiliates on Monday, but is still pending approval by the creditors, a vote on which has been postponed to Oct. 20, according to a statement (link in Chinese).

The plan is the latest step in its restructuring after HNA’s creditors petitioned a court for it to begin a bankruptcy restructuring in January. Under direction of a government-appointed working group, the company is still seeking strategic investors for its retail businesses, including Shenzhen-listed CCOOP Group Co. Ltd. (000564.SZ) and stakes in Hong Kong-listed China Shun Ke Long Holdings Ltd.

Creditors will be paid off within 10 years, starting from 2022, with interest paid annually on June 20 and Dec. 20. From the second year, the principal will also be repaid on Dec. 20 in proportions rising incrementally from 2% to 20%.

For the remaining debt, the interest will either be at the original rate or 2.89% per year, whichever one is lower. The struggling giant’s airline business reported a negative net worth of 28 billion yuan in the first half of the year, the plan showed.

Founded in 1989 as a state-owned airline before becoming a privately controlled joint-stock company in 1992, HNA is the fourth-largest airline group in China. It has attracted global attention by investing in international giants like Hilton Worldwide Holdings Inc., airport retail giant Dufy America Inc. and Deutsche Bank AG.

The company’s debt-fueled acquisition strategy had a hard landing after the government tightened financing rules and oversight for overseas asset buying in 2017. By the end of 2017, the firm’s assets had ballooned to 1.23 trillion yuan with total debt of 740 billion yuan.

Late Friday, HNA Chairman Chen Feng and the CEO Tan Xiangdong were taken in by police for unspecified crimes, according to a post on the company’s official WeChat account.