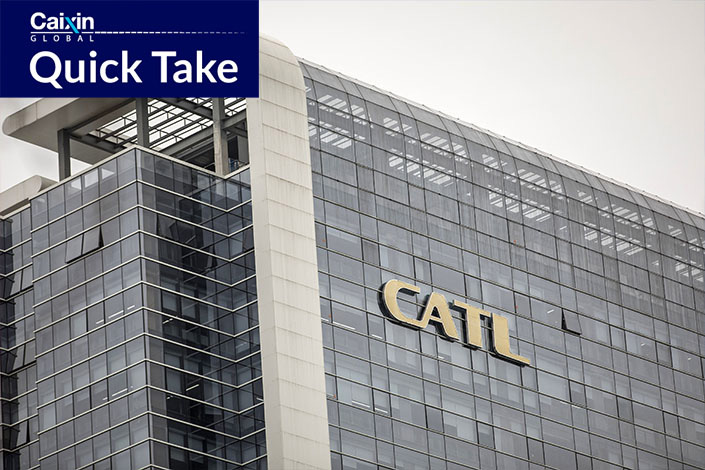 In the three months through September, the company’s net profit attributable to ordinary shareholders totaled 3.3 billion yuan ($515.8 million) on revenues of 29.3 billion yuan, according to its latest earnings report on Wednesday.

In the first half of 2021, revenue generated from overseas markets made up 23.1% of the total, compared with 3.5% in 2018, CATL said, adding that it is building manufacturing bases, research centers and sales offices overseas.

On Tuesday, the Tesla battery supplier announced a stock incentive plan, which it said will help boost its international expansion. The plan will see more than 4,000 employees, including some foreign staff, be granted 5.16 million shares, equivalent to about 0.2% of its total capital stock.

The background: Beijing’s climate goals, which include bringing the country’s carbon emissions to a peak by 2030, have given rise to the popularity of new-energy vehicles in the country, including electric, plug-in hybrid and fuel-cell vehicles.

In the first nine months of 2021, sales of new-energy vehicles in China hit 2.2 million, representing a year-on-year increase of 190%, according to statistics from the China Association of Automobile Manufacturers.

From January to September, the combined capacity of electric vehicle batteries sold by CATL was 46.8 gigawatt-hours, which gave it a 50.8% share of the market. The firm’s nearest rivals were BYD Co. Ltd. and China Lithium Battery Technology Co. Ltd., which held 16% and 6.1% of the market, according to data provided by the China Automotive Power Battery Industry Innovation Alliance.