With Apple Veteran Onboard, Oppo Pushes Into Health-Focused Wearables 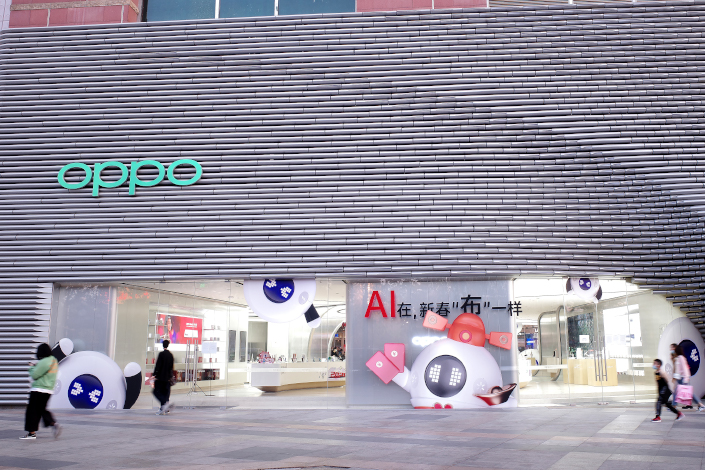 Chinese smartphone-maker Oppo will beef up investment in its health-focused wearables in a challenge to bigger rivals such as Apple Inc. and Xiaomi Corp., after hiring a founding member of the Apple Watch team earlier this year.

During a group interview on the sidelines of the Oppo Developer Conference on Wednesday, Oppo’s Assistant Vice President Zeng Zijing said that the company’s nascent health lab will redouble efforts to “build its own health apps capable of providing accurate physical data” to users of its smart bracelets and watches.

Established in early 2021 and led by Zeng, once a designer of Apple Watch sensors, the lab is staffed by a research team of around 100 people specialized in algorithms, sensors and data science, and aims to develop software and hardware for telemedicine, sports health, sleep and cardiovascular health and diabetes.

The remarks by Zeng, who joined Oppo in February, comes as consumers pay increased attention to the health monitoring functions of smart wearable devices in the wake of the Covid-19 pandemic. Tech consulting company Gartner expects the value of the world’s wearable device market to reach $81.5 billion in 2021, up 18.1% year-on-year.

Zeng talked up Apple’s persistent efforts to upgrade Apple Watch sensors for higher accuracy in physical readings, saying that this has helped enhance consumers’ recognition of the role smart wearable devices can play in health monitoring. Apple has also been adding new functions like blood oxygen measurement to its smart watches, Zeng said.

In 2018, the Apple Watch Series 4 became the first consumer device to be cleared by the U.S. Food and Drug Administration to function as an over-the-counter electrocardiogram — a kind of heart monitor — and to notify users of irregular heart rhythms.

Oppo, which was the world’s fourth-largest smartphone vendor in the second quarter of 2021, with a market share of 10.5%, is a newcomer to the wearable device segment, launching its first smart watch in March last year.

However, the Shenzhen-based company is harboring bigger ambitions. Zeng said that his lab has been working on technologies that can explain what health readings mean for human body.

For example, Oppo has developed a smart watch function that can evaluate whether users suffer from sleep apnea, a sleep disorder that is associated with cardiovascular diseases and diabetes, according to Zeng.

In the second quarter of this year, global shipments of wearables grew 32.3% year-on-year to 114.2 million devices, with Apple and Xiaomi being the world’s No. 1 and No. 2 sellers with respective market shares of 28.2% and 12.3%, according to data provided by research firm IDC.