By Qian Tong and Kelsey Cheng 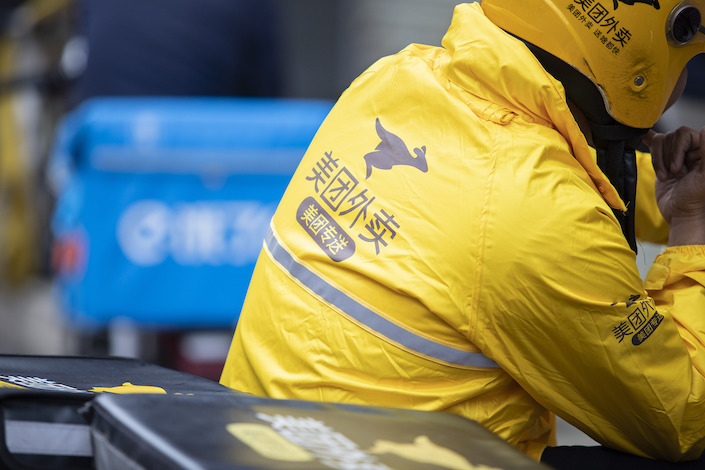 As of the end of 2020, Meituan reported that 9.5 million delivery riders had received income on its platform.

Investors are concerned that tightening regulations will inexorably increase the cost of employing gig workers like takeout riders and ride-hailing drivers, according to industry insiders. In July, Chinese regulators issued guidelines targeting food delivery platforms and pushing employers to guarantee incomes above the minimum wage as well as social security and insurance coverage for workers.

As of the end of 2020, Meituan reported that 9.5 million delivery riders had received income on its platform. Out of its full-year revenue of 66.2 billion yuan ($10.4 billion) from food delivery, the company spent 74%, or 48.7 billion yuan, on rider costs.

If the company were to enter into a contractual labor relationship with each part-time worker and provide social security, costs would go even higher, making it a concern for investors that have factored the company’s gig-worker model into their investment decisions.

Shen, one of China’s most successful venture capitalists, is also a managing partner of Sequoia China and a nonexecutive director of Meituan. Shen and Sequoia China are considered parties acting in concert as they hold interests in each other’s Meituan stakes, according to Meituan’s financial reports.

In the most recent deal Monday, Shen sold 2.67 million Meituan shares at an average price of HK$287.1 ($39.91), cashing out HK$767 million, according to a disclosure filed with the Hong Kong Stock Exchange. That came two weeks after Sequoia China offloaded 0.45% of the company to limited partners in a private placement.

On Oct. 8, China’s market watchdog fined Meituan 3.44 billion yuan following an investigation into abuses of its dominant position in China’s online food delivery market, of which it accounts for more than 70%. The fine was equivalent to 3% of Meituan’s 2020China revenue.

After the investigation formally started in April, Meituan’s stock plunged 39% from a peak of HK$300 to HK$183 in early August. The shares gradually recovered after the penalty and closed Friday at HK$272.20. But the stock continued to be highly volatile as regulators ramped up crackdowns on the internet sector, citing concerns over data security, monopolistic practices and labor rights abuses.

Between April and September when market concerns intensified over regulatory uncertainties facing Meituan, Sequoia China reduced its holdings in three batches by handing out the shares to investors, offloading stakes worth HK$21.5 billion.

According to a company report, Meituan’s core business turned a profit in the second quarter this year, but its spending on new businesses continued to expand. Second-quarter revenue rose 77% to 43.8 billion yuan, with a net loss of 3.4 billion yuan.