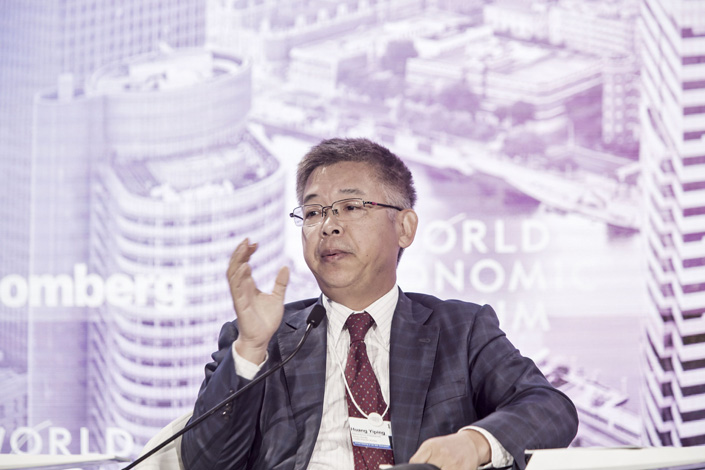 (Bloomberg) — China’s fiscal policy will provide the main support to economic growth next year while significant monetary easing is unlikely, according to a former adviser to China’s central bank.

“The economy overall really is still okay and we will see average growth this year at around 8%,” Huang Yiping, a former member of the People’s Bank of China’s monetary policy committee, said in an interview with Bloomberg TV. “So the need for aggressive easing is quite limited.”

The PBOC will have to act if growth continues to slow, but the U.S. Federal Reserve’s plan to normalize policy will narrow the room for action, said Huang, currently a professor at Peking University’s National School of Development.

“Monetary policy will probably remain flexible, and actions probably will be structural,” he said, adding that this could mean targeted easing and lending to small businesses. “The main job for supporting growth, I think, will be with the fiscal policy next year.”

China’s economy is slowing under headwinds from an energy shortage to a slump in the property sector. Surging commodity costs and increasingly frequent virus outbreaks also continue to weigh on domestic demand, with an official gauge showing the manufacturing sector contracted for a second month.

The PBOC has refrained from cutting banks’ reserve requirement ratio since a reduction in July, and has kept policy interest rates steady since early last year. However the Ministry of Finance recently urged local governments to speed up borrowing by the end of November after almost a year of slow bond issuance.

Huang said growth is likely to see a further slowdown in the coming months before it turns around. While long-term goals such as deleveraging the property sector and reducing carbon emissions have inflicted short-term pain on the economy, Huang said he isn’t “too worried” about growth as authorities are now fine-tuning policies in these areas.

Other highlights from the interview:

Going forward, China will see a more stable period in the property market, while families will have increasing investment access to overseas markets, according to Huang.

He sees little impact on monetary policy from the “common prosperity” campaign to reduce income inequality.

China, like any other country, won’t force people to use its digital currency. E-CNY is not particularly different from WeChat Pay or AliPay at the moment, though some people may see it as safer because it’s legal tender, Huang said.

China’s high current account surplus is “abnormal” due to high goods export and low services import over the pandemic. It will normalize once the pandemic is over, he said.