By Cai Xuejiao and Qin Jianhang 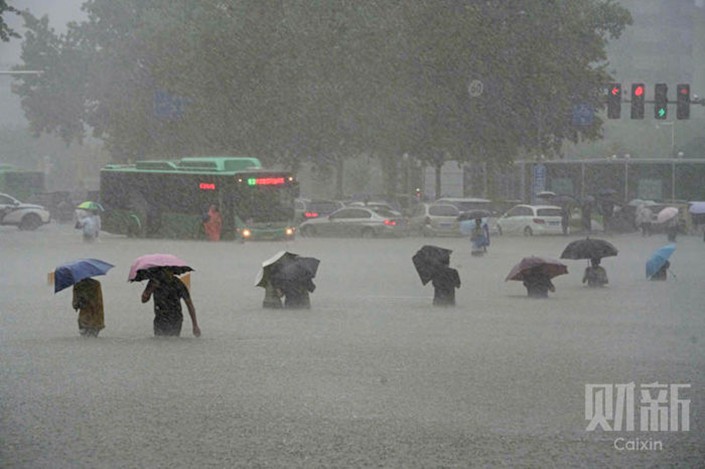 China aims to solve problems exposed by the response to torrential rains and deadly flooding that killed more than 300 people in Central China’s Henan province in July, including early warning systems. In August, Beijing revised its general contingency plan, requiring government departments to release information on major emergencies to the public within five hours.

Zhou noted that several extreme weather events this year have resulted in large numbers of casualties and severe economic losses. He said such events demand a rapid response and accurate weather forecasts as well as often setting off a chain of secondary disasters.

Zhengzhou, capital of Henan, sent five red alerts for heavy rain in the run up to the historical downpours this summer, but the repeated warnings appear to have made little difference. Few people and institutions heeded the notices, and most companies kept working as normal, which resulted in a dozen people drowning in the city’s subway system.

“I didn’t expect that the rare red alert would be largely overlooked,” Ye Qian, a disaster management expert at Beijing Normal University, previously told Caixin in an interview. “It was a big mistake.” He noted that emergency response work can be chaotic if forecasts and warnings are not taken seriously.

A Guangdong provincial emergency management official earlier told Caixin that an extreme weather alert provides a reference for the public and government agencies but the enforcement mechanism lacks teeth. Entities make their own response decisions based on the alert, for which requirements vary across regions.

Zhou said Monday that there will be more training for officials at all levels to improve their understanding of extreme weather conditions and enhance their abilities in emergency management. A point-to-point alert and warning mechanism should be established to remind local governments to implement prevention and response plans on time.

He also noted that local governments’ unified emergency response command should be strengthened. Zhou also said emergency supplies and task forces in key areas and industries should be on hand to ensure the early detection and management of hazards.