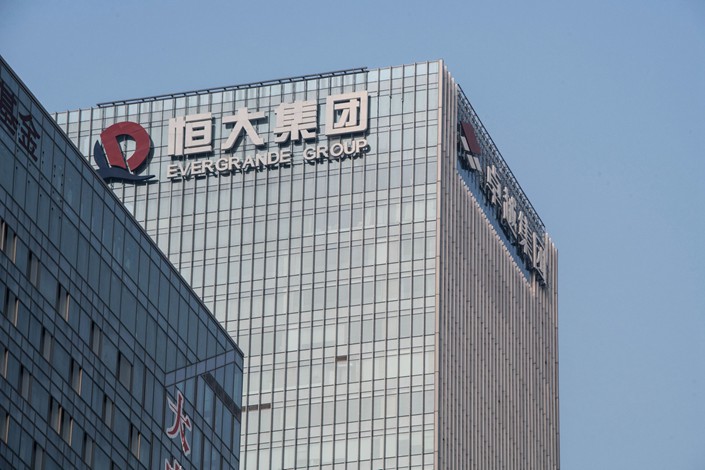 (Bloomberg) — China Evergrande Group looks set to again avert a default in its biggest test since a debt crisis at the property developer began earlier this year.

Customers of international clearing firm Clearstream received overdue interest payments on three dollar bonds issued by Evergrande, a spokesperson for Clearstream said. Two investors who hold two of the notes confirmed that they received the payments, asking not to be identified because they weren’t authorized to speak publicly.

Money managers had been waiting to see if the embattled developer would make the coupon payments totaling $148.1 million before the end of 30-day grace periods on Wednesday. Evergrande missed the initial interest deadlines last month, Bloomberg-compiled data show. The developer’s dollar notes edged up off record lows in recent weeks amid interest from distressed debt buyers, but remain at levels that reflect a high likelihood of an eventual restructuring.

Evergrande, the world’s most indebted developer, has been struggling to sell assets as it grapples with more than $300 billion in liabilities. Chinese authorities have grown increasingly intolerant of massive debt build-ups that threaten financial stability, and have urged founder Hui Ka Yan to help repay Evergrande’s obligations with his personal wealth.

China’s offshore bond market has been stung as a string of other real estate firms have also recently fallen into distress. The property market is cooling amid a government crackdown on speculation following years of debt-fueled expansion in the sector that accounts for about a quarter of economic output. The Federal Reserve warned this week that fragility in China’s commercial real-estate sector could spread to the U.S. if it deteriorates dramatically.

Evergrande has so far managed to avoid defaulting on any publicly traded dollar bonds, after also pulling back from the brink in October by paying other coupons before the end of grace periods. But the crisis at Asia’s largest junk bond issuer is hardly over, and the contagion it sparked has even recently spread to other areas of the credit market.

On Monday, two holders of other dollar notes sold by a unit of Evergrande said they hadn’t received payment for coupons that were officially due Saturday. Both of those coupons also have a 30-day grace period before any missed payment would be considered a default.

A representative for Evergrande didn’t immediately respond to a request for comment.

Authorities have sought to limit the fallout from the wider property market distress, with the central bank injecting liquidity into the financial system. Chinese developers’ bonds and stocks rallied Wednesday after the Securities Times said authorities are likely to loosen controls for the nation’s real estate companies to issue local-currency notes, part of efforts to prevent a further deterioration in their financing.

But concerns persist. A string of defaults and downgrades in the property industry in recent weeks pushed yields on junk dollar bonds from Chinese issuers to the highest in at least a decade — over 24%.