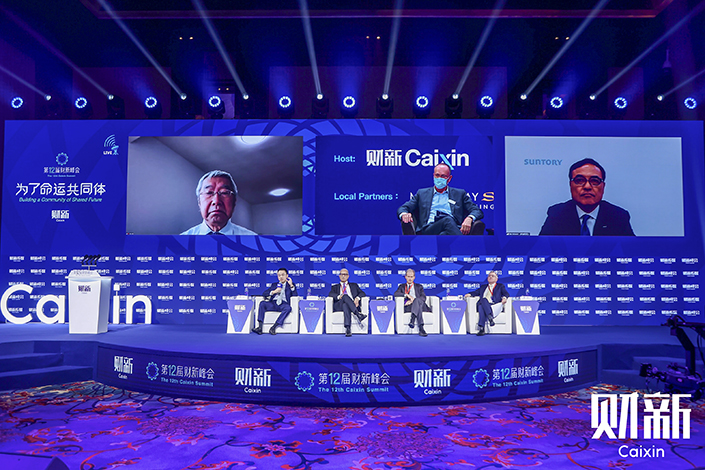 With countries around the world adjusting or preparing to adjust their long-running monetary easing policies in the face of rising inflation, it’s worth keeping a close eye on how the changes will affect China’s economy, as they could constrain the country’s space for policymaking, senior economist Yu Yongding said Friday at the Caixin Summit.

“We need to ponder which of China’s macroeconomic variables will be affected, said Yu, a former adviser to the People’s Bank of China. “For example, the changes could constrain China’s macroeconomic policies, and in particular, they may have a significant impact on the yuan exchange rate.”

Yu’s remarks reflect economists’ concerns about the impact that rising global prices and major economies’ retreat from loose monetary policy could have on China’s economy. Investors and analysts are watching when and how the U.S. Federal Reserve will further tighten monetary policy next year, as the consumer price index in the U.S. has shot up over the past few months.

While the global economic recovery will continue, inflation is getting worse, particularly in the U.S., Yu said in an online speech at the summit. American monetary policymakers have begun to roll back quantitative easing because of rising inflation, but they are making their exit gradual to reduce any potential shock to the economy as economic growth and employment in the U.S. remain below market expectations, said Yu, who is also a member of the state-backed Chinese Academy of Social Sciences.

Earlier this month, the Fed decided to begin tapering its net asset purchases by $15 billion a month. “Supply and demand imbalances related to the pandemic and the reopening of the economy have contributed to sizable price increases in some sectors,” the Fed said in a statement.

In addition, some emerging economies have begun to raise interest rates this year.

The large-scale global monetary easing since the start of the Covid-19 pandemic has left economists worried about inflation and debt risks. For developing countries, they are facing higher debt risks from monetary easing, Bert Hofman, director of the East Asian Institute at the National University of Singapore, said at the same Caixin Summit panel that Yu was on.