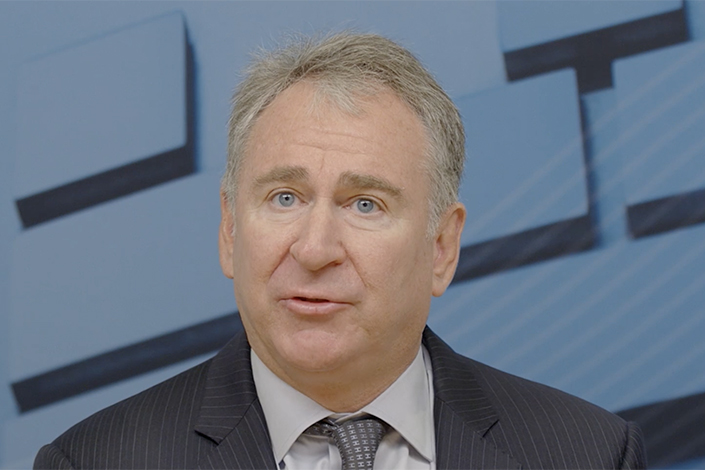 “We’re concerned that the Fed is going to have to start to hit the brakes, with tighter monetary policy to control inflation in 2022, if we do not see more people returned back to work here in America,” Griffin, the billionaire founder and CEO of the Chicago-based hedge fund manager, said in an interview at the 2021 Caixin Summit on Friday.

“China and the United States are very tightly integrated,” he said. “And of course, any steps that take place in the United States to slow inflationary pressures will put pressure on global growth, hurting the economies of both countries.”

The U.S. consumer price index rose 6.2% year-on-year in October, the biggest jump in more than three decades as the cost of food, fuel and housing soared, government figures released Wednesday show. The surge in inflation has fueled expectations that the U.S. Federal Reserve may need to tighten monetary policy more quickly than it had previously signaled.

The central bank announced last week it would begin to scale back asset purchases starting in mid-November, pulling back on the massive stimulus it had rolled out to support the economy during the pandemic. Although Fed Chair Jerome Powell said he didn’t think it was time to raise interest rates, if high inflation persists, the Fed may need to act sooner. The prospect of monetary tightening in the world’s biggest economy has sparked concerns that it could weaken the Chinese yuan and trigger capital outflows from the country.

The shrinking labor market in the U.S. and supply-chain bottlenecks are adding to the inflationary pressures, Griffin said, noting that there are about 5 million fewer Americans in the workforce than before the pandemic and 10 million job vacancies currently.

“This has caused incredible challenges in our supply chain,” he said.

China is struggling with many of the same challenges as the West, such as shortages of commodities including natural gas, coal and oil, said Griffin. “If we see a slowdown globally, we’re going to see a ripple effect take place in China.”

“The good news is China’s strong focus on its domestic economy and strong policies oriented towards growth will help protect the Chinese economy from much of the current pressure,” he said.

Griffin said both companies have plans to expand their operations in China. The hedge fund firm will look for investment opportunities in innovative sectors in the Chinese market, especially e-commerce and fintech, while Citadel Securities aims to work with Chinese companies accessing capital from the rest of the world, he said.

“It has been remarkable to see China’s embracing of foreign investment within its domestic economy,” said Griffin. China has granted mutual fund licenses to U.S. companies JPMorgan Chase & Co. and BlackRock Inc., moves he said showed China’s commitment to opening its financial markets to U.S. participation.