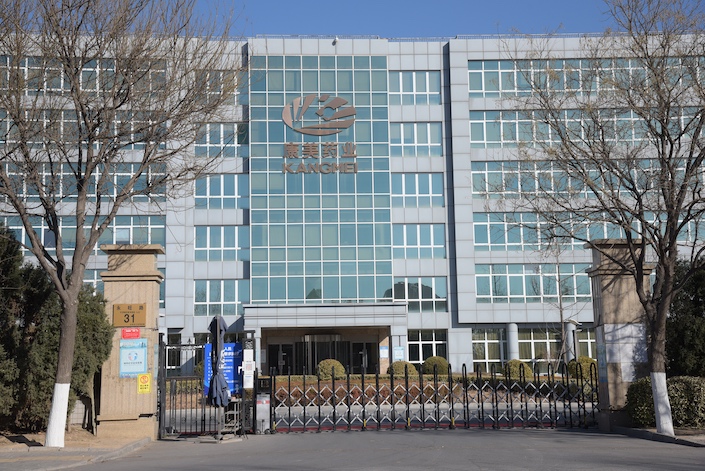 Scandal-plagued drugmaker Kangmei may get a $1 billion rescue led by Guangzhou Pharmaceutical.

A court ordered scandal-plagued Kangmei Pharmaceutical Co. (600518.SH) to pay almost 2.5 billion yuan ($385 million) to more than 50,000 investors as compensation for their losses on the company’s stock. The court ruled Friday in China’s first class-action lawsuit against the company.

The Guangzhou Intermediate People’s Court found the drugmaker, its executives and auditors responsible for financial fraud that caused 2.46 billion yuan of losses to 52,037 investors, the court said.

The defendants include former Kangmei Chairman Ma Xingtian and his wife, former deputy general manager Qiu Xiwei and financial chief Zhuang Yiqing. The court found that they deliberately organized, plotted and implemented the financial fraud and should be 100% liable for losses to investors. An additional 13 executives were ruled partially responsible for the losses.

Guangdong Zhengzhong Pearl River Accounting Firm, which acted as Kangmei’s auditor for 18 years since 2001, and its partner Yang Wenwei were also ruled 100% liable for the losses. It’s not known whether the defendants will appeal the verdict.

Kangmei, one of the country’s biggest publicly traded drugmakers, was accused of financial reporting fraud involving 88.6 billion yuan of overstatements between 2016 and 2018. It was fined 600,000 yuan in May 2020 by top securities regulators for inflating revenues and fabricating bank deposits.

Regulators found that the company used fake bank deposit slips to inflate cash reserves, forged documents for nonexistent business activities and transferred company funds to related parties to trade in its own stock.

On Oct. 27, Ma was charged by prosecutors with illegal disclosure, failure to disclose important information, misappropriation of funds and manipulation of the securities market. Ma and Kangmei were also charged with paying bribes to government officials and regulators totaling more than 10 million yuan, according to indictments disclosed by the company.

Kangmei’s creditors will vote on a restructuring plan Monday. Under the plan, Kangmei set aside 2.46 billion yuan of cash, stock and beneficial share of trust for expected compensation in the class-action lawsuit, according to people familiar with the plan.

It’s not clear how much cash the company has put aside for the lawsuit. If the company can’t pay due to reasons such as bankruptcy, the plaintiffs can request compensation from Ma and other defendants, said Liu Siyuan, a partner at law firm Jingtian & Gongcheng.