By Zeng Jia and Cai Xuejiao 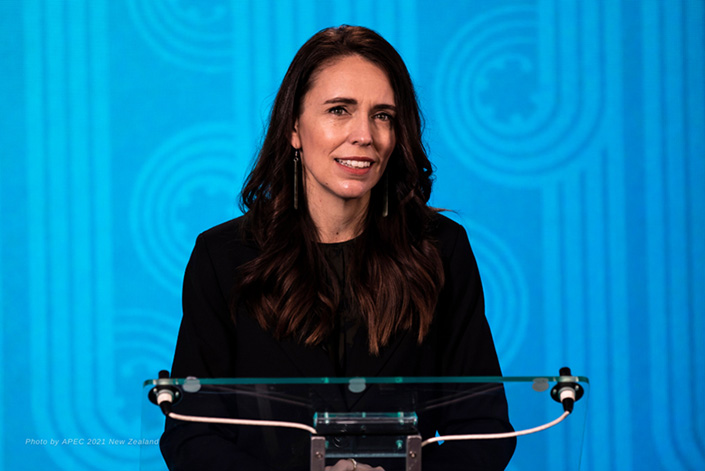 Ardern, whose country chairs APEC this year, said at a Friday press conference in response to a question from Caixin that member economies are paying more attention to regional trade agreements, such as the Regional Comprehensive Economic Partnership and the 11-member Comprehensive Trans-Pacific Partnership (CPTPP). Noting a “shared ambition” to establish a Free Trade Area of the Asia Pacific, she added that “we so clearly have that consensus built around wanting to advance open trade and improve trade arrangements between economies.”

“For now, though, you can see an increasing focus on some of the more near-term agreements, but that really, I think, bodes well for future trade arrangements within the region,” she said.

During the APEC Economic Leaders’ Summit, member economies have reached agreement on “phasing out inefficient fossil fuel subsidies that encourage wasteful consumption” in the Aotearoa Plan of Action. After years in which few discussions on such subsidies have taken place, Ardern noted the agreement’s significance, as several major users of fossil fuel subsidies are within the APEC region.

“We’ve made this agreement at a time when economies are looking to stimulate their economies, recover from Covid-19 and support citizens in their recovery. It is the very time we could and should be concerned about the potential increase in fossil fuel subsidies,” she said.

In a video speech delivered at an annual Caixin Summit Friday, Ardern called on Asia-Pacific leaders to join hands in eliminating “environmentally harmful” subsidies for fossil fuel industries, in an effort to reduce greenhouse gas emissions for “a climate resilient future.”

Founded in 1989, APEC is an intergovernmental forum for 21 member economies including the U.S., Australia and Japan that facilitates investment and free trade in Asia-Pacific.

In response to Caixin’s question on the APEC virtual meetings held in July and November for leaders of member economies, Ardern said the July meetings were held as “we saw a role for APEC to play in that time of a health and economic crisis” and the meetings had concluded with “tangible outcomes.”

As for the summit this month, there has been “a shift in the nature of the conversation” between the meetings among leaders, she said, noting that the conversation had made a “big shift” towards economic recovery, rather than just focusing on responses to the pandemic.

“We’re in a position where we’re generally able to lift our eyes to the horizon,” she said, noting that countries need to think about areas in which they can work together for economic recovery, as well as for sustainability, inclusivity and climate change.