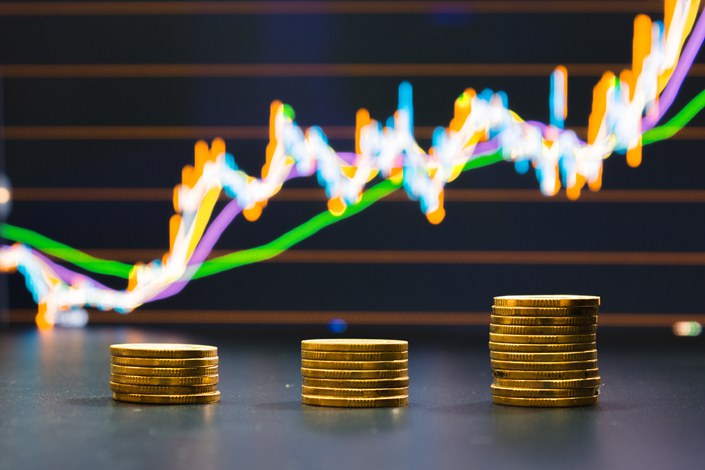 (Oxford Analytica) — The market for transition bonds — designed to help heavy polluters become greener — has disappointed expectations for rapid growth this year. Lack of clarity over standards has held back transition bonds, but the rising imperative to reduce the carbon footprint of the most polluting firms in the coming years could provide impetus. This applies particularly to emerging economies.

The sustainable finance market will continue to grow strongly. So far, this has been led by green bonds, social bonds, sustainable bonds and sustainability-linked bonds (SLBs) and loans. Now, however, transition bonds for decarbonizing ‘brown’ firms are garnering more attention and the market seems set to grow substantially. More clarity over exactly what the instruments entail and how they differ from other types of sustainable finance will be key to this.

• ESG-focused investors are likely to continue favoring green bonds over transition bonds as the latter means investing in brown sectors.

• “Transition washing” (similar to “greenwashing” among green bond issuers) will remain a problem.

• Recent developments suggest that the market for transition bonds could grow particularly fast in Asia Pacific.

Green bonds are intended to support environmentally friendly projects. Transition bonds provide finance to help companies in highly polluting industries such as fossil fuels or shipping to decarbonize or become greener. Companies operating in sectors such as consumer retail, fashion and pharmaceuticals may also issue them. The instruments have relatively short maturities and are tied to decarbonization targets.

Green bonds tend to be earmarked for specific projects and are used to fund innovation. Transition bonds, while linkable to projects, provide funding to companies to help them to transition to the new technologies that the green bond market has supported. Initially, transition bonds relied on the “use-of-proceeds” principle behind green bonds, so that the proceeds of a bond issue would be exclusively used to finance or refinance specified projects fully or partly, with the issuer detailing the commercial and climate-transition benefits. However, transition bonds have developed to include funding for more general corporate purposes linked to environmental progress (the purpose of SLBs).

The market for transition bonds

There have been 17 transition bonds issued since 2017, worth around USD15bn according to Dealogic. By comparison, the more liquid green bond market is now valued at more than USD1tn. Transition bond issuance was expected to increase in 2021, reflecting increased interest from investors in sustainable finance, but only six companies did so in the first half of 2021.

Early issuers of transition bonds were not seen as being very credible by investors focusing on environmental, social and governance (ESG) goals as they invest in polluting sectors. Such concerns left other issuers reluctant to promote transition bonds.

However, the market is expected to grow substantially over this decade and beyond. The Climate Bonds Initiative (CBI), a non-profit organization that provides certification for green and climate bonds, reported that green, social and sustainable finance expanded to USD700bn last year, almost doubling from 2019. S&P Global estimates that transition finance could total USD1tn per year, or about one-third of the annual funding required to meet long-term climate goals. Citigroup estimates that decarbonizing highly polluting industries will cost USD1.6tn per year (1.9% of 2019 global GDP).

In February, the London Stock Exchange announced that it was establishing a transition bond segment on its sustainable bond market. To prevent “greenwashing,” issuing companies must make a public commitment to net-zero by 2050 using science-based targets.

Japan’s Ministry of Economy, Trade and Industry (METI) established a taskforce on climate transition finance in September 2020 and has called for a goal of issuing 30 transition bonds by fiscal year 2023 to be officially adopted.

The Asian Development Bank said in October that it will cease funding coal mining or oil and natural gas production and exploration but will continue to finance plants that are transitioning to cleaner energy solutions using emission-control technologies.

In particular, a lack of international standards, with insufficient clarity over what constitutes a transition bond, has held back uptake and led to worries that companies might indulge in “transition washing” (similar to “greenwashing”). This could become even more of a problem in future as the stakes rise. For example, some transition bond deals have been criticized for not aligning with the goals of the Paris climate agreement. Other companies have used funds raised to pay for routine upgrades rather than significantly reducing their carbon footprint.

In December 2020, the Switzerland-based industry trade group International Capital Market Association (ICMA) published the “Climate Transition Finance Handbook,” a set of guidelines for the process of issuing a transition bond, to improve transparency. This guide states that transition bonds should stipulate how the funding received will be used to support the Paris climate agreement. However, the ICMA decided not to include “transition bond principles” in its guidance as it felt that existing instruments provided enough fundraising opportunities for transitioning companies. Many issuers from carbon-intensive industries prefer to issue SLBs (with no explicit transition labeling) to raise funds.

The non-profit CBI wants to tackle important issues such as false marketing and help to clarify the authenticity and purpose of transition bonds. It aims to develop a transition framework and labeling system for EU heavy industry, focusing on climate transition plans in line with the EU’s net-zero targets. The CBI is working to establish a set of definitions as to what qualifies as an investment under the transition bond framework across four priority sectors — chemicals, metals and mining, plastics, and oil and gas. This will include definitions of transition assets and projects. It will clarify the targets that companies should meet, such as company-wide emissions reductions, for them to be allowed to issue transition bonds.

As companies focus on the need to decarbonize their operations, investors become more familiar with the structure of transition bonds, and clarity surrounding the instruments increases, the market seems set for substantial growth.