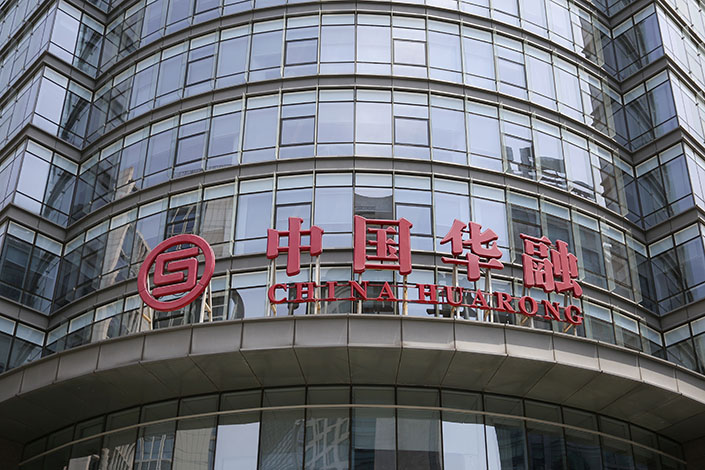 Financial giant Citic Group Corp. is likely to become China Huarong Asset Management Co. Ltd.’s largest shareholder, as the Ministry of Finance intends to transfer part of its holdings in the troubled bad-debt manager to Citic in the next few years, sources with knowledge of the issue told Caixin.

Huarong on Wednesday reached agreements to sell shares worth 42 billion yuan ($6.6 billion) to five strategic and financial investors, including Citic, the company said in a filing to the Hong Kong Stock Exchange (HKEX).

Once the share sale goes through, the Ministry of Finance would remain the largest shareholder with a 27.76% stake, followed by Citic with 23.46%, the filing showed.

However, the ministry plans to transfer part of the stake it owns to Citic in batches in the coming years, making Citic Huarong’s largest shareholder, the sources said. Such an arrangement was meant to comply with HKEX rules to prevent the ownership of a listed company from changing after a sale of new shares, they said.

The announced list of investors is slightly different from those Huarong cited in August. ICBC Financial replaced Sino-Ocean Capital Holding Ltd. in the final group of investors.

The new shares will be priced at 1.02 yuan apiece. Huarong said it will use the funds to supplement core tier-one capital.

The share sale plan marks a step forward in the long-discussed restructuring to rescue the debt-laden state-owned financial conglomerate from the verge of collapse. It came days after Huarong won regulatory approval to sell bonds to raise as much as 70 billion yuan.

The bond sale was part of a package of measures to raise capital and sell assets to pay down the company’s debt and strengthen its balance sheet.