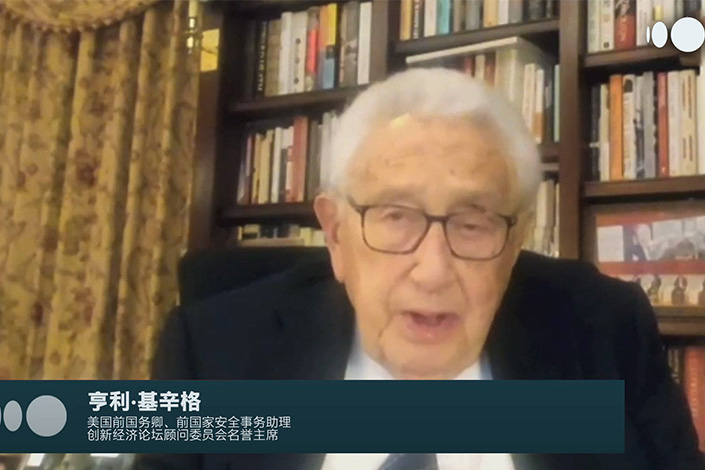 China-U.S. relations have reached “a precipice” but the virtual summit between Chinese President Xi Jinping and his U.S. counterpart Joe Biden this week marked a “good beginning” for the world’s two largest economies to avoid a conflict., former U.S. Secretary of State Henry Kissinger told a Singapore forum.

The diplomat, who paved the way for former U.S. president Richard Nixon’s landmark trip to China in 1972 which contributed to rapprochement between the two countries, made the remarks Wednesday via video link. “We’re through the mountain pass, on a precipice from which you can look in both directions. And now it depends which direction is chosen,” he said.